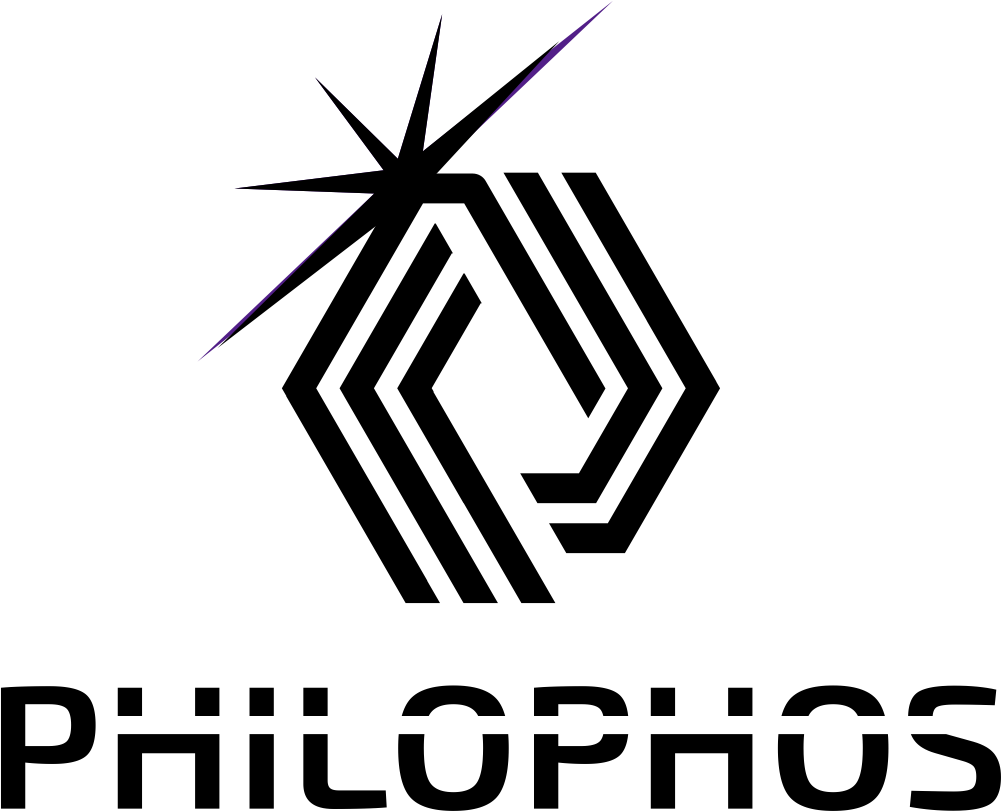 Philophos, Inc. is an innovative Med Tech device company headquartered near Seoul in South Korea.  We develop and manufacture quality, portable and value priced optical coherence tomography (OCT) devices for retina imaging.  We have a functional prototype that is in pilot testing, and we are in the process of securing medical device approval in both Korea and the U.S.  We seek a key management hire who can focus on accelerating sales, marketing and relationship development efforts for the U.S. market.

We are seeking a full-time, Business Development & Relationship Manager to represent Philophos, Inc. in the U.S..  Duties will include identifying, developing, and maintaining vital relationships as the primary role.  Duties will also include supporting a variety of activities associated with launching our operations in the U.S. Our culture is a fast-paced environment that requires the ability to independently support multiple activities and manage deadlines with great coordination and communication skills with our headquarters team. Preferred traits are someone who is organized, adaptable, high-energy, a self-starter and good critical thinker who can overcome challenges.  The candidate must possess excellent presentation skills including both oral and written communication abilities. 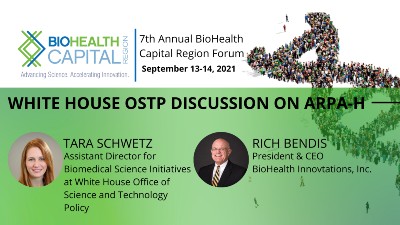 The session from the BioHealth Capital Region Forum focuses on a vision for a new science entity, the Advanced Research Projects Agency for Health (ARPA-H). This new NIH Institute would accelerate biomedical innovation and adoption of technologies and approaches to revolutionize healthcare and medicine. Tara A. Schwetz, Ph.D. is the Assistant Director for Biomedical Science Initiatives in the White House Office of Science and Technology Policy (OSTP). She is currently on detail to OSTP from her role as Associate Deputy Director (ADEPD), National Institutes of Health (NIH). During her tenure as ADEPD, Dr. Schwetz also served as the acting Director of the National Institute of Nursing Research (NINR). Prior to assuming these roles, she was the Chief of the Strategic Planning and Evaluation Branch in the Office of the Director at the National Institute of Allergy and Infectious Diseases (NIAID). Dr. Schwetz led several efforts while at NIAID, including conducting an evaluation of the Centers of Excellence for Influenza Research and Surveillance to facilitate evidence-based decision-making and developing the NIAID Strategic Plan for Tuberculosis Research. Previously, Dr. Schwetz served as the Senior Advisor to the Principal Deputy Director of NIH (DEPD), where she coordinated efforts such as Reimagine HHS, the NIH rigor and reproducibility activities, and the first NIH-Wide Strategic Plan. Dr. Schwetz also served in the dual role of the NIH Environmental influences on Child Health Outcomes (ECHO) Interim Associate Program Director and the Special Assistant to the DEPD. Prior to these roles, she was a Health Science Policy Analyst at the National Institute of Neurological Disorders and Stroke, where she helped develop the National Pain Strategy. Dr. Schwetz started her career at NIH as an AAAS Science and Technology Policy Fellow at NINR. She received a BS in biochemistry with honors from Florida State University and a PhD in biophysics from the University of South Florida, followed by a postdoctoral fellowship at Vanderbilt University.

PARIS/NEW YORK -- South Korea has placed among the top five technological innovators for the first time, according to the latest global ranking, as other Asian economic powers moved up the hierarchy.

South Korea jumped from 10th place to fifth in this year's Global Innovation Index, the World Intellectual Property Organization reported Monday. The East Asian country was bested only by Switzerland, Sweden, the U.S. and the U.K.

Image: An ice carving robot at a bar in Seoul: South Korea was the highest-ranking Asian country in the World Intellectual Property Organization's Global Innovation Index this year. © Reuters 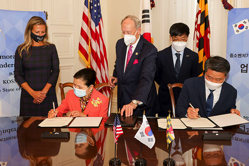 Through this agreement, the two entities will work together to support Korean tech and environmentally focused small and medium-sized businesses, as well as startups, as they enter the American market. That could bring potential for the companies to join the Maryland Department of Commerce’s soft landing program, which connects companies looking to explore the U.S. with offices and resources at local startup spaces.

Since 1900, there have been eight different pandemics that concerned public health across the globe, such as Zika, MERS, Ebola, Swine Flu, and others, which have led to the loss of millions of people and billions of dollars in economic losses. That’s one reason for the establishment of the Global Pandemic Prevention and Biodefense Center in Montgomery County, Maryland. When COVID broke last year, a task force urged for the formation of an organization that could peer past the current crisis and put on its prognostication hat to prepare for future threats. With its long history of thought leadership in infectious diseases and vaccines development, as well as its proximity to federal health and regulatory agencies, the BioHealth Capital Region was the perfect fit for the biodefense center. 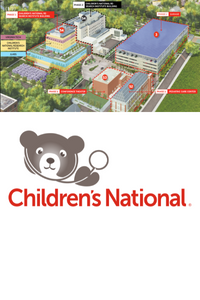 The Children’s National Research & Innovation Campus was officially welcomed to the former Walter Reed Army Medical Center campus on Wednesday with a visit from D.C.’s mayor and city council chair. 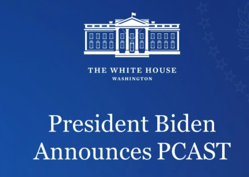 WASHINGTON – Today, President Biden announced 30 of America’s most distinguished leaders in science and technology as members of his President’s Council of Advisors on Science and Technology (PCAST). A direct descendant of the scientific advisory committee established by President Eisenhower in 1957 in the weeks after the launch of Sputnik, PCAST is the sole body of external advisors charged with making science, technology, and innovation policy recommendations to the President and the White House.

With COVID-19 continuing to spread throughout the world, there is a demand for rapid, noninvasive diagnostics. George Mason University researchers Robin Couch and Allyson Dailey, members of the College of Science and the Institute of Biohealth Innovation, are working to answer that call with their research on volatile organic compounds (VOCs) for infectious disease detection. VOCs are gases that emanate from a variety of sources, including from humans. Much like a sommelier can smell wine and determine the composition of it, Couch and Dailey have been looking at the scent prints of bacteria. They have been able to successfully diagnose mice infected with biothreat agents using this method, and were able to differentiate standard bacteria strains from antibiotic-resistant strains, as seen in Nature Scientific Reports. Mason holds a patent around the technology on the extraction and analysis of gases through the VOC extraction chamber. When the news of COVID struck the world in March 2020, the researchers embraced it as an opportunity to further test their approach on viruses. 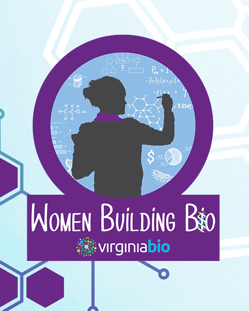 Join us on September 30th for the 6th year of the Women Building Bio conference. Don’t miss an event where women converge to advance the industry with all stakeholders, men and women, front and center joining forces.

Our half-day hybrid conference will offer full virtual attendance or the option for in-person viewing at one of 5 regional locations across our state. In-person requires pre-registration at a specific location and space is limited, so do not delay!

The Children’s National Research & Innovation Campus was officially welcomed to the former Walter Reed Army Medical Center campus on Wednesday with a visit from D.C.’s mayor and city council chair.

Novavax EVP: It's up to policymakers to decide use of COVID-19 vaccine | Devex

A senior official for American biotech company Novavax said the company is committed to equitable COVID-19 vaccine allocation and has made a “great effort” to manufacture its vaccine in different sites across the globe. However, whether its vaccine will be used as booster shots or prioritized in countries struggling with supply will be up to policymakers, he said.

Speaking at a Devex event held on the sidelines of the 76th United Nations General Assembly, John Trizzino, executive vice president at Novavax, said policymakers are responsible for determining how the COVID-19 doses will be used.

Novavax Statement on Proof of COVID-19 Vaccine Requirements for PREVENT-19 Clinical Trial Participants in the U.S.

The U.S. Centers for Disease Control and Prevention (CDC) recently provided updated guidance stating that participants in the Novavax PREVENT-19 Phase 3 clinical trial meet the criteria to be considered fully vaccinated two weeks after they have completed the active vaccine series. With this validation from the United States’ leading public health authority, Novavax expects our PREVENT-19 Phase 3 clinical trial participants will be considered fully vaccinated and in compliance with mandated vaccination policies, including those of employers and any other organizations or entities requiring proof of vaccination. Novavax is grateful to our clinical trial participants for helping to ensure a safer future for all, and we continue to advocate for them at the highest levels.

CHARLOTTESVILLE, Va., Sept. 21, 2021 /PRNewswire/ -- HemoShear Therapeutics, Inc., a privately held clinical stage biotechnology company, has earned a milestone payment for the advancement of potential lead product candidates for the treatment of gout under its collaboration with Horizon Therapeutics plc (Nasdaq: HZNP). This milestone marks the fourth payment that HemoShear has earned, following previous payments for the identification and validation of two novel gout drug targets in accordance with the Horizon exclusive drug discovery agreement established in January 2019. 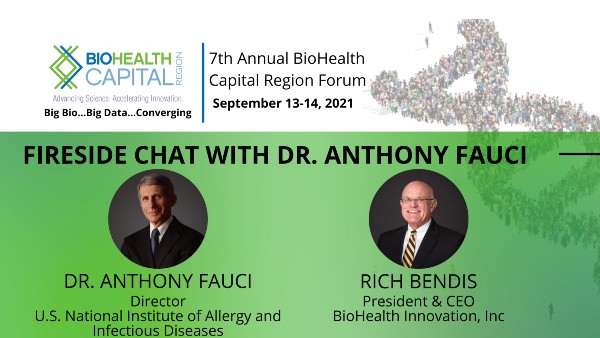 Listen to the audio as Rich Bendis, President and CEO of BioHealth Innovation conducts a fireside chat with Dr. Anthony Fauci, Director of the National Institute for Allergy and Infectious Disease (NIAID) since 1984. Dr. Fauci oversees an annual budget of over $6 Billion and has advised 7 President’s on many domestic and global health issues. He has an extensive portfolio of basic and applied research to prevent, diagnose and treat many existing and emerging infectious diseases.