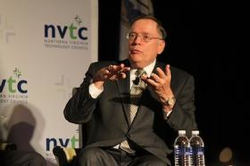 After the announcement late last month from Science Applications International Corp. that it will split into two publicly traded companies, CEO John Jumper said Thursday that the spinoff “technical services” company will be located in the Washington area, while the second company is likely remain at its corporate headquarters, an 18-acre Tysons Corner campus.

"It's reasonable to think that some of them will stay there," Jumper said after speaking at a breakfast event held by the Northern Virginia Technology Council. "It's reasonable to assume that the other company will be somewhere in the Washington area. ... It's very safe to say it'll be very close to where we are right now. 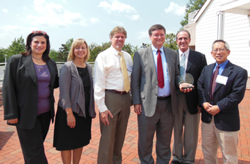 A collaborative research team, including nine experts from NCATS, was honored last month for its work on an investigational treatment for Niemann-Pick disease type C (NPC), a rare genetic disease of cholesterol storage that eventually leads to neurodegeneration. Comprising investigators from four NIH institutes and one pharmaceutical company, the team won the Excellence in Technology Transfer Award for its work with 2-hydroxypropyl-β-cyclodextrin (HPβCD) as a potential treatment for NPC ― a disease for which there are no Food and Drug Administration (FDA)-approved therapies.

It is the first award of its kind to NCATS, recognizing laboratory employees and their partners who have outstanding accomplishments in transferring federally developed technology to the marketplace. The Federal Laboratory Consortium for Technology Transfer (FLC) of the mid-Atlantic region presented the award to the investigators at a ceremony on Aug. 30, 2012, in Cambridge, Md.

The Dingman Center, located at the Smith School, helps lead the university’s entrepreneurship efforts and is recognized nationally for its innovative teaching methods that combine classroom activities, practical experience and cultural immersion programs. The center’s programs include: 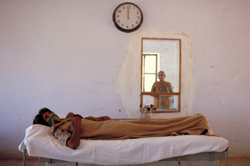 The TB Vaccine Accelerator, a program to strengthen the pipeline of tuberculosis (TB) vaccine candidates and enable a more rational and accelerated vaccine development process, is launching a grant opportunity that is part of the Grand Challenges in Global Health—a large set of grant programs aimed at overcoming persistent bottlenecks that prevent the creation of effective health solutions for the developing world.

Bethesda-based BrainScope is the first recipient of capital financing from InvestMaryland.

The deal was announced by Maryland Gov. Martin O’Malley Tuesday.

BrianScope will receive the first $250,000 investment from the venture capital program to further spearhead neurotechnology to quickly assess traumatic brain injury at the initial point of care.

Maryland’s young biotechs hoping to spark interest in investment and partnerships will be among the 750-plus industry, state and venture capital executives expected to attend the annual Mid-Atlantic Biotech Conference in North Bethesda on Thursday and Friday.

After three years of trying to snag a pitch presentation slot at the conference, CC Biotech in Rockville will be among the companies vying for investor attention this week.

At least 13 Maryland biotechs will be presenting this year in both startup and early-stage levels.

The University of Maryland, College Park ranks among the top 25 schools in the U.S. for its entrepreneurship programs.

Princeton Review and Entrepreneur magazine compiled the rankings by reviewing more than 2,000 schools’ levels of commitment to entrepreneurship; the percentage of their faculty, students, and alumni actively and successfully involved in entrepreneurial endeavors; and the number and reach of their mentorship programs. Funding for scholarships and grants for entrepreneurial studies and projects, and their support for school-sponsored business plan competitions were also considered. 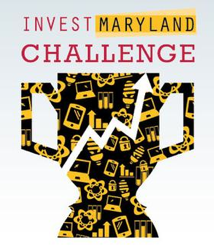 Are you an entrepreneur in need of a jump start?

The InvestMaryland Challenge is a national seed and early-stage business competition hosted by the State of Maryland. The Challenge will award $300,000 in grants and a host of business services to companies in the life sciences and high tech industries. Companies also have the opportunity to receive direct investments from venture capital firms and angel investors. 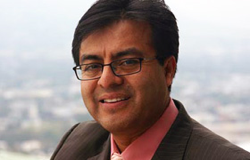 What if you had the power to save a life? What would you do with it? How would you share it?

J. Roberto Trujillo, President & CEO, TruBios, LLC, which is located on the university’s Montgomery County Campus, is working diligently to answer these tough questions as he sets a lofty goal for his company and its affiliates and subsidiaries: to eradicate all viral diseases in the Americas within the next 38 years. He and his colleagues call this goal Project 2050. One of the first diseases they’re targeting is cervical cancer.

According to Trujillo, 80% of cervical cancer cases can be found in developing countries where the resources needed to treat these kinds of diseases are scarce.

When Lynn Johnson Langer, a faculty member in the Krieger School of Arts and Sciences’ Advanced Academic Programs, began her career as a microbiologist at the National Institutes of Health, one of the first things that struck her was the dichotomy between business and science.

“Businesspeople and scientists didn’t speak each other’s language,” Langer says. “They didn’t always respect each other.”

When she transitioned out of NIH and into the business world, she further saw just how far apart the two worlds were, and how seldom the two seemed able to “play nicely in the sandbox.”

Maryland will be giving away $300,000 to promising entrepreneurs as part of a business competition.

The InvestMaryland Challenge is part of the state’s venture capital initiative that raised $84 million for seed and early stage companies earlier this year. The challenge will award $100,000 prizes to the most impressive companies in three categories: information technology, life sciences and general.

The Agency for Healthcare Research and Quality is seeking approval from the White House for a prototype of a reporting system that would encourage patients to report medical mistakes and unsafe practices by health care providers, the New York Times reports (Pear, New York Times, 9/22).

AHRQ already has funded the development of the prototype patient reporting system. The agency is seeking approval from the Office of Management and Budget to test the prototype's efficacy (iHealthBeat, 9/10).

United Therapeutics Corporation (NASDAQ: UTHR) announced today that it has signed an exclusive agreement with Ascendis Pharma A/S to apply Ascendis Pharma's proprietary TransCon technology platform to United Therapeutics' treprostinil molecule, the active ingredient in Remodulin® (treprostinil) injection.  United Therapeutics believes that the TransCon technology platform may enable a controlled, long-acting release of a novel, carrier-linked product, significantly enhancing the delivery profile of treprostinil by establishing a self-injectable alternative for patients who currently use the drug via a continuous infusion pump for the treatment of pulmonary arterial hypertension (PAH).

"We are thrilled to enter into this license agreement with Ascendis Pharma," said Martine Rothblatt, Ph.D., United Therapeutics' Chairman and Chief Executive Officer.  "The potential to bring another novel therapeutic option to PAH patients represents an exciting new opportunity for Remodulin delivery as we constantly re-charge our mission to better the lives of patients suffering from PAH." 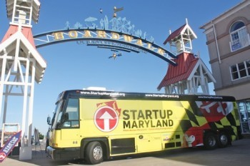 The Pitch Across Maryland tour, a statewide event to provide guidance and access to resources to potential entrepreneurs looking to start new businesses, kicked off last week with a first stop in Ocean City.

Startup Maryland last week launched its Pitch Across Maryland tour with the first stop on a two-week plus trip across the state. At each stop, Startup Maryland is holding rallies, sharing information about the vast resources available to young entrepreneurs in the state and region and providing coaching and support from business mentors and other economic leaders in Maryland.