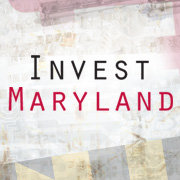 The Maryland Department of Business and Economic Development said 71 startups that entered its InvestMaryland Challenge have been selected from more than 250 applications to advance to the competition's next round.

Eventually, three companies will win $100,000 and a chance to pitch their business to potential investors.The $100,000 prizes will be awarded in three categories: life sciences, information technology and general business. 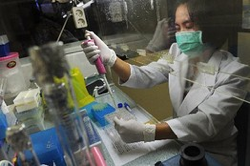 For years, U.S. life-sciences startups have sought to avoid some of the problems in their industry–including a scarcity of investment funding and a sometimes-daunting regulatory process–by raising funding or commercializing overseas.

Nowadays, foreign organizations and governments are the ones making the overtures, hoping that American life-sciences companies can create jobs and stimulate the life-sciences industries in their countries. 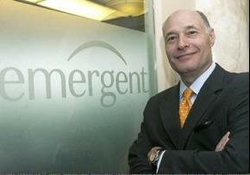 Emergent BioSolutions Inc. (NYSE: EBS) announced today that a member of the company’s senior management team will provide a corporate overview presentation at the Cowen and Company 33rd Annual Health Care Conference in Boston on Monday, March 4, 2013 at 3:30PM Eastern.

A webcast of this presentation will be available both live and by replay, accessible from the Emergent website www.emergentbiosolutions.com under “Investors”. 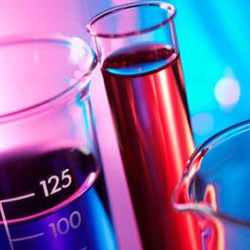 The steady departure of pharmaceutical industry jobs in recent years has helped other states, but hurt the standing of the nation’s medicine chest. As more companies take root in far-flung locations, the New Jersey and New York City region has dropped significantly in the national ranking of life sciences markets, according to a recent report on commercial real estate.

Last year, the region slipped to seventh place among metropolitan life sciences clusters from second place in 2011, according to the latest annual report from Jones Lang LaSalle, the commercial real estate firm. The reasons cited for the slide: ongoing consolidation following big mergers and the simultaneous efforts among such cities as San Diego to offer competitive environments.

The National Cancer Institute (NCI) Small Business Innovation Research (SBIR) Program has announced $10M in funding for up to 10 new awards in FY2013.

The Phase IIB Bridge Award is designed to support the next stage of development for promising NIH-funded SBIR Phase II projects in the areas of cancer therapeutics, imaging technologies, diagnostics and prognostics, or interventional devices.

Which Pharmaceutical Companies Have the Most Drugs? - BiotechBlog 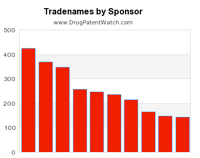 This chart shows the pharmaceutical companies with the most branded drugs.

The companies with the most drugs are Watson Labs, Hospira, Sandoz, Baxter Hlthcare,Mylan, Teva, B Braun, Roxane, Novartis, and Ivax Sub Teva Pharms.

A University of Maryland, College Park fundraising campaign that began in 2006 has reached its goal of $1 billion.

It was the largest fundraising drive ever undertaken by a public institution in the Washington and Baltimore region and the largest campaign of any public university in Maryland.

The school said it raised $1.008 billion from nearly 130 million individuals, companies and foundations, including 125,000 alumni.

We all know that venture capitalists help entrepreneurs create and grow great companies. Those great companies create jobs and improve our standard of living. Yet what many don’t realize is that the traditional venture industry is consolidating.

Washington area private firms, such as New Enterprise Associates, Grotech, New Atlantic Ventures and Novak Biddle, that raise money from third-party investors are becoming fewer and farther between, with just over 500 such firms in the U.S. last year. Yet, our country’s most promising start-ups continue to get funded in part because of the rise of corporate venture capital.

Startup Maryland (www.startupmd.org), a state-wide initiative FOR Entrepreneurs…BY Entrepreneurs, today announced a partnership with CoFoundersLab (www.cofounderslab.com) to provide the Maryland entrepreneur community with a free way to find a co-founder/business partner.  To meet this need Startup Maryland and CoFoundersLab combined efforts and brands to develop a TeamFinder portal – which is also unveiled today as a new Resource at: http://startupmd.org/buildmyteam/

The branded TeamFinder portal is the first component of Startup Maryland’s Connection initiative.  Connection joins Celebration, Coaching and Capital as four primary Areas of Concentration for Startup Maryland throughout 2013 and beyond.  These four guiding initiatives were officially announced last week at a White House reception during which Startup Maryland highlighted past successes and future plans for Presidential advisors and officials from several government agencies.

David Brake Ph.D. to Join Vaxin's Board of Directors

Vaxin Inc., a clinical stage vaccine development company today announced the appointment of David Brake Ph.D. to its Board of Directors.

“Vaxin has a long history of product development in animal health. It will be great to have someone with David’s expertise in this area joining our Board,” said David J. Drutz, MD, Vaxin’s Chairman. “Vaxin has significant ongoing collaborations with Drs. Henry Baker and Nancy Cox at Auburn University in the development of a vaccine to sterilize dogs and cats and with Dr. Haroldo Toro also at Auburn University in the development of influenza and other vaccines for poultry. We now have someone to help provide valuable product development and business insights on these initiatives.” 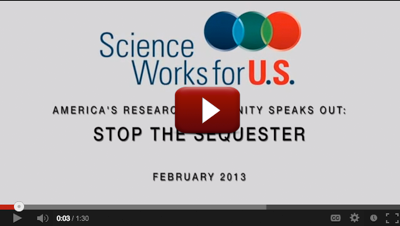 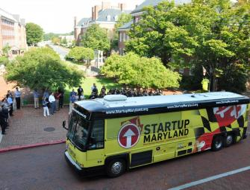 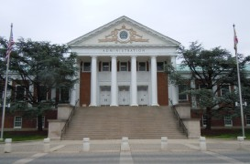 Maryland was ranked 5th for in-state students and 10th for out-of-state.

US venture capital (VC) funding in the life sciences sector, which includes the Biotechnology and Medical Device industries, dropped 14 percent in dollars and 7 percent in deals during 2012 according to a new PwC US report, "Double-digit dip" that includes data from the MoneyTree™ Report from PricewaterhouseCoopers LLP and the National Venture Capital Association based on data provided by Thomson Reuters.  Venture capitalists invested a total of $6.6 billion in 779 Life Sciences deals during the year, compared with $7.7 billion in 836 deals during 2011. The number of Life Sciences companies receiving VC funding for the first time reached the lowest level since 1995 with only 135 companies receiving funding in 2012.

GlaxoSmithKline (GSK), the British pharmaceutical company, reported lackluster fourth quarter earnings for 2012 this morning, with a 3.5% drop in revenue. But the company’s performance would have been much worse if it hadn’t successfully avoided a looming threat that every brand-name pharmaceutical maker faces from time to time: the end of a patent on a blockbuster drug.

GSK’s Advair inhaler (called Seretide in most of Europe and India)—used to treat asthma and chronic obstructive pulmonary disease—lost its patent at the end of 2010. Ordinarily, a cheaper, generic version of a patented drug comes out shortly after the patent expires, and the generic quickly eats away at the marketshare and revenue of its branded progenitor. But Advair still brings $8 bln in sales to GSK, making it the third highest grossing drug worldwide. The only other off-patent pharmaceutical in the top ten is Lipitor, used for treating high cholesterol, which earned its maker, Pfizer, less than half as much in 2012 as it did in 2011, the year its patent expired (in spite of Pfizer’s unprecedented campaign to keep Lipitor a top-seller by strategically slashing prices).