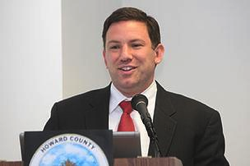 Howard County has plans for a new incubator that would aim to develop companies with a socially conscious focus.

The Conscious Venture Lab is a partnership between Howard County and New York-based The Porter Group LLC. The incubator, which will be housed in the county’s Maryland Center for Entrepreneurship, could begin enrolling entrepreneurs and budding startups as early as this fall.

The 3 Ms of pop health platforms

Hospital executives have never been frivolous when it comes to investing in technology, but as reimbursements shrink, the need to carefully analyze each purchasing decision has never been more urgent. Given all the worthwhile – and not so worthwhile – options, what choices are hospital administrators currently making?

Washington: A group of researchers have made a significant breakthrough for figuring out which mutations are benign and which are deleterious in cystic fibrosis.

BioMaryland is supporting various events in France which benefit the biohealth community. See if your company qualifies for a travel assistance grant to fly out and attend!

This summer marked the inauguration of the DreamIt Health accelerator, a startup boot camp focused on healthcare IT run by DreamIt Ventures and powered by Penn Medicine and Independence Blue Cross. In four short months, ten extraordinary teams of entrepreneurs, including four from Wharton, were brought together from around the country to achieve significant milestones going from concepts to prototypes, products, pilots and revenues. As the program wound down, the investor, startup and healthcare community turned out in force for Demo Day to see a snapshot of each company's progress and plans for the future.

Our news journalists obtained a quote from the research from the University of Maryland, "This membrane, which is designed to withstand exposure (not require primary closure) to the oral cavity because it is impervious to bacteria, reduces the need for advanced flap management to attain primary closure. Thus, the surgical aspect is less complex and the mucogingival architecture of the area can be maintained."

Biomedical engineers from The Johns Hopkins University have partnered with clinicians to create new therapeutic eye injections for a type of central vision loss caused by blood vessel growth at the back of the eye.

The new drug, with a biodegradable time-release coating is currently being tested to evaluate effectiveness in stopping such growth in mice.

Their mission: Lure venture capital to clinical trials in Canada - The Globe and Mail

Yet when he co-founded a company to develop cancer treatments two years ago, the president and chief executive officer of San Diego-based OncoSec Medical Inc. found he had no option but to operate solely in the United States. 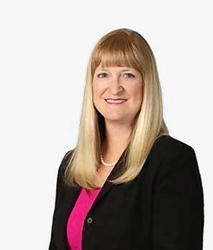 She will replace Nancy Minieri, who founded the organization in 1992 and announced in March that she will retire at the end of this year. 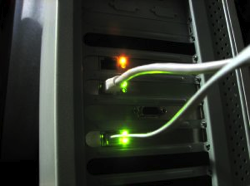 Hospital executives have never been frivolous when it comes to investing in technology, but as reimbursements shrink, the need to carefully analyze each purchasing decision has never been more urgent.

Given all the worthwhile – and not so worthwhile – options, what choices are hospital administrators currently making?

Since IT spending is largely taken up by meeting meaningful use and ICD-10 requirements, said Chantal Worzala, director of policy at the American Hospital Association, hospitals don’t have much left over for investments in other things.

Health IT talent in high demand - Healthcare IT News

Harris Interactive conducted the online survey o behalf of Randstad Healthcare in April, May and June of this year, among 188 healthcare workers, ages 18 and older. It included physicians, healthcare administrators, healthcare IT professionals and other healthcare professionals. 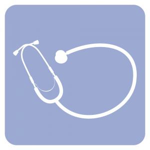 What if we could increase productivity and stave the capital flight by helping Life Sciences startups build their companies more efficiently?

We’re going to test this hypothesis by teaching a Lean LaunchPad class for Life Sciences and Health Care (therapeutics, diagnostics, devices and digital health) this October at UCSF with a team of veteran venture capitalists.

So You’re Gonna Be a Doctor, Right? - Baltimore City Paper

You sit down to a family dinner with aunts, your grandmother, three second cousins once removed, a floating niece, maybe a family dog. You’ve got great news: You’ve been accepted to Johns Hopkins University, a school that people who don’t live in the mid-Atlantic region know about, a school foreigners desperately want to get into. It’s ranked 13th in the world by the most recent U.S. News and World Report, for God’s sake; it’s definitely time to celebrate.

Your whole family remembers hearing Hopkins’ name in that Prince and Me movie with Julia Stiles, where she wanted to be a doctor instead of just marrying a prince and being rich and stuff. I guess that’s kind of what Hopkins is about, the whole getting educated and doing things instead of marrying a rich dude thing (though, who knows, there are a lot of future engineers/doctors around).