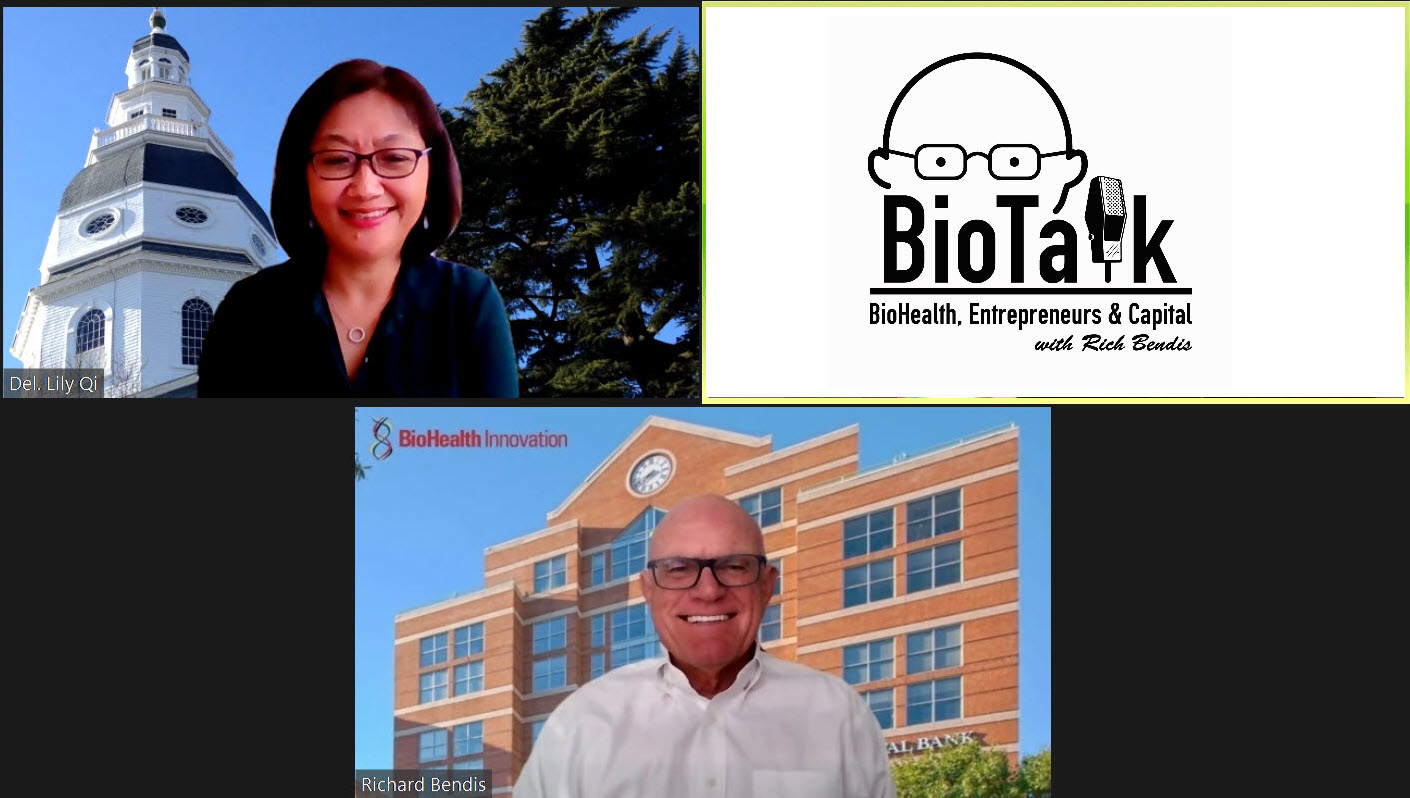 Lily Qi, Representative for the 15th legislative district in the Maryland House of Delegates. Joins BioTalk to discuss her career, Biotech in Montgomery County, and being a supporter of the BioHealth Capital Region

Delegate Lily Qi was elected to the Maryland House of Delegates in 2018 representing Maryland District 15 in Western Montgomery County. She grew up in Shanghai, China during great political unrest and came to the U.S. by herself in 1989 for better opportunities. Thirty years later, she became the first Chinese immigrant state legislator in Maryland. Her election was noted for energizing many first-time voters and featured on NPR and in The Washington Post.

Delegate Qi was named “Legislator of the Year” by the Maryland Technology Council in 2020 for advancing innovation entrepreneurship. She has passed legislation to grow Maryland’s economy in advanced clean energy, manufacturing, and bio and tech industries, and remove barriers for small businesses.

Before her elective office, Lily was a senior official in Montgomery County for economic and workforce Development, when she led the establishment of two public-private partnerships—BioHealth Innovation and the Montgomery County Economic Development Corporation. Her diverse career includes serving as a spokesperson for DC’s financial regulatory agency, vice president of Washington, DC Economic Partnership, and a higher education administrator.

Delegate Qi has made it her life’s work to promote civic and political engagement of Asian Americans and immigrant communities. She is a frequent speaker on cultural competency and cultural integration issues and was recognized as Maryland’s Top 100 Women by the Daily Record and Public Policy Leadership Award from the Center for Nonprofit Advancement.