Wizbiosolutions team is MEDICA in Dusseldorf. 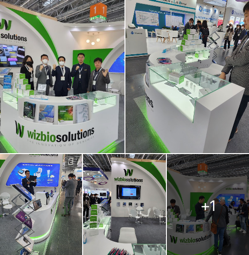 Hello everybody, Wizbiosolutions team is MEDICA in Dusseldorf. We are in Hall 1, E18 now. Please come to visit our booth and discuss about new technology that we have. We are all welcomeing you.

The Johns Hopkins University researchers behind two of Baltimore's most successful biotech firms have founded a new company that has now raised $56 million to create a new diagnostic tool for cancer.

Haystack Oncology plans to use the funding from its series A round to kickstart a move into a large lab inside of City Garage in Port Covington, which was recently renamed Baltimore Peninsula. The company also plans to invest in more clinical trials to get additional data to support the effectiveness of Haystack's cancer detection blood test. The 50-person company, currently based at Hopkins' FastForwardU, plans to have a commercial launch in 2023.

Why the life sciences sector is heading for the city 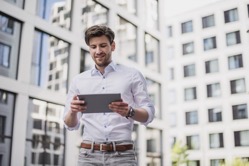 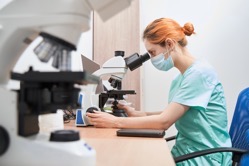 A few of BioBuzz’s favorite stories from late summer/early fall Over the past several months, life sciences companies across the BioHealth Capital Region showcased their innovative capabilities and pipeline development program. BioBuzz takes a look back at five key events that took place in the third quarter.

Frederick, Maryland-based BioFactura is beginning to see the fruits of its labors with the development of ustekinumab (BFI-751), its biosimilar for Janssen’s Stelara. In October, the company announced Phase 1 data that showed pharmacokinetic comparability to the comparison drug.

The company also reported there were no marked differences in the safety and tolerability profile for subjects receiving ustekinumab. BioFactura intends to conduct a confirmatory safety and efficacy study in patients to pave the way for global registration.

The company, known locally as BioReliance Corporation, currently has five locations in Rockville and is planning to consolidate in a new 250,000-square-foot facility at 9820 Darnestown Road at the Alexandria Center® at Traville Gateway campus, which is being developed and operated by Alexandria Real Estate Equities, Inc. MilliporeSigma will maintain one additional facility at 9630 Medical Center Drive and will retain at least 600 full-time employees during the expansion, while creating more than 500 new jobs over the next four years.

Under the terms of the agreement, both parties will equally share the costs to develop the molecules and profits on commercialized products. The parties will utilize their respective product development capabilities to generate the B7-H4 ADC and advance it to the clinic. In addition, there are options for the parties to nominate two additional targets for ADC development beyond B7-H4.

RICHMOND, Va., Nov. 14, 2022 /PRNewswire/ -- BRAINBox Solutions today announced that the company has enrolled the 1,000th patient in the pivotal, HeadSMART II study of its concussion diagnostic and prognostic test, BRAINBox TBI. The multi-national, multi-site, trial is designed to support an application for regulatory clearance by the U.S. FDA.

"We are developing the BRAINBox TBI (Traumatic Brain Injury) test as the first objective test to aid in the diagnosis of concussion and to provide an assessment of the risk of post-concussive symptoms," said Donna Edmonds, BRAINBox Solutions' CEO. "We are now in the home stretch of this very important study for the field. We believe the test has great potential to change clinical practice in the diagnosis and management of concussion and will define for the first time, objective diagnostic criteria for this condition, termed Acute Traumatic Encephalopathy (ATE). As such, the trial has been rigorously designed in collaboration with leading experts in traumatic brain injury and emergency medicine. The study evaluates patients in multiple settings and includes state of the art expert adjudication panels." 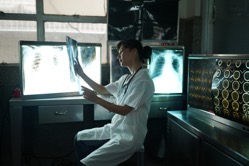 The University of Maryland Strategic Partnership: MPowering the State (MPower) has announced that it is establishing an Institute for Health Computing that will focus on artificial intelligence and advanced computing to further develop the field of precision medicine and improve health care for patients across the state. 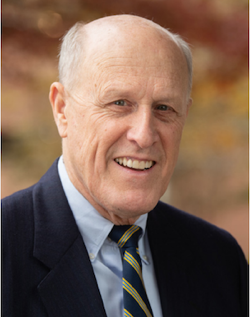 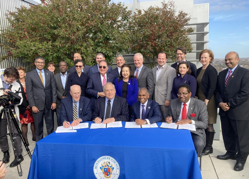 The challenge invited innovators to submit potentially groundbreaking ideas that aim to directly address the unique healthcare needs of the military community. 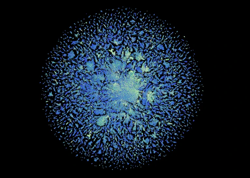 When London-based artificial-intelligence (AI) company DeepMind unveiled predicted structures for some 220 million proteins earlier this year, the trove covered nearly every protein from known organisms in DNA databases. Now, another tech giant is filling in the ‘dark matter’ of the protein universe.

Researchers at Meta (formerly Facebook, headquartered in Menlo Park, California) have used AI to predict the structures of some 600 million proteins from bacteria, viruses and other microorganisms that haven’t been characterized.

“The FDA’s decision to grant FTD underscores the potential for the ITI-3000 program to address a serious unmet need and serve as a meaningful therapeutic option for patients with Merkel cell carcinoma,” stated Dr. William Hearl, Chief Executive Officer of ITI. “We are committed to unlocking the full potential of ITI-3000 in patients with this aggressive form of skin cancer. We expect to report top-line data from our ongoing phase 1 trial of ITI-3000 in MCC patients next year and look forward to working closely with the FDA on a potential next phase clinical study design, while simultaneously continuing dialogue with possible partners.”