Talks between the two companies have been going on for a while but an agreement is unlikely for another few weeks, the report said.

U.S-listed shares of Qiagen rose 8% while Bio-Rad fell nearly 10% after the report.

Biotech and life sciences companies can benefit from partnering with the federal government in many ways, from funding to increased access to resources and manufacturing. But lesser-known than its counterparts at the National Institute of Health and National Cancer Institute is the Biomedical Advanced Research and Development Authority, or BARDA. 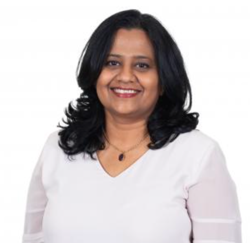 What does the Zulu word “ubuntu” have to do with a successful science and tech fund at Maryland’s TEDCO? To start, it’s been a guiding force for that fund’s leader.

The Maryland Technology Development Corporation (TEDCO) has an important mission in Maryland: “enhance economic empowerment by fostering an inclusive and entrepreneurial innovation ecosystem. Identify, invest in, and help grow technology companies in Maryland.” 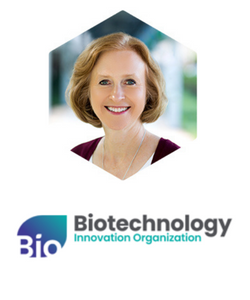 WASHINGTON--(BUSINESS WIRE)--The Biotechnology Innovation Organization (BIO) – the world’s largest science and public advocacy organization, representing 1,000 members — announced today that Rachel King, co-founder and former CEO of GlycoMimetics, Inc., has agreed to serve as interim President and CEO. King’s appointment follows Dr. Michelle McMurry-Heath stepping down as President and CEO to serve as an Advisor to the Executive Committee of the BIO Board of Directors. The organization is searching for a full-time successor.

Did you miss the 7th Annual BioHealth Capital Region Crab Trap Competition? Below we are
sharing a review of the event, participants, judges, and video replays.

Thank you to all the Sponsors and Partners of the event and region this year. 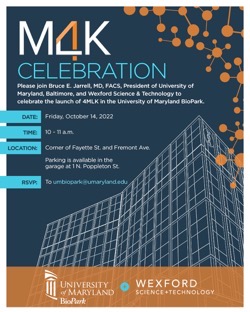 BALTIMORE, Maryland, September 22, 2022 — University of Maryland, Baltimore (UMB) and Wexford Science & Technology, LLC, announced today that 4MLK, the newest development project in the University of Maryland BioPark, is slated to move forward, with groundbreaking this fall (2022) and delivering in summer 2024. The 8-story, 250,000-square-foot building, Phase I of a two-phase project representing a $320 million total capital investment, will provide critical wet laboratory space in downtown Baltimore for researchers and companies, flexible lab and office/support space for start-ups, and Class A office space, along with areas for convening and a conference center.

GAITHERSBURG, Md., Oct. 06, 2022 (GLOBE NEWSWIRE) -- NexImmune, Inc. (Nasdaq: NEXI), a clinical-stage biotechnology company developing a novel approach to immunotherapy designed to orchestrate a targeted immune response by directing the function of antigen-specific T cells, today announced a collaboration with the National Institute of Neurological Disorders and Stroke (NINDS), a division of the U.S. National Institutes of Health (NIH). The collaboration will focus on enriching and expanding virus-specific T cell populations and determining their activity against infected human cell lines. The goal of this collaboration is to develop adoptive cell therapies that may benefit patients afflicted with immunological disorders related to these viral infections. Initially, we will focus our efforts on studying Epstein-Barr virus (EBV) and Human T-cell Leukemia Virus, type 1 (HTLV-1).

It’s no secret that a recession could hit the United States before the year ends. No one knows for sure yet, and many economists believe that the current record high inflation and capital markets distress are symptoms of what could be a substantial economic downturn,

Possible effects have already hit the biotech and life sciences. To discuss how the Biohealth Capital Region would fare out in a potential recession, and whether it can actually avoid one, the I-270 Innovation Labs brought together an outstanding group of regional experts from across key sectors connected to both industries.

EDA’s “Build to Scale” program provides annual grants that aim to accelerate technology entrepreneurship by increasing inclusive access to support and startup capital. The 2022 awardees will leverage an additional $48 million in matching funds from a variety of private and public sector sources. These EDA investments support advanced manufacturing, bioscience, clean energy and blue economy clusters in regions throughout the United States.

The Richmond area is planning a major pharmaceutical manufacturing initiative to build drugs here, restore the nation’s stockpile of essential medicines and to make them more affordably.

The sprawling enterprise has major players, including Virginia Commonwealth University, the cities of Richmond and Petersburg and drug manufacturers Civica, Phlow and AMPAC Fine Chemicals.

Now it has a new pivotal piece: the money.

The initiative, named the Alliance for Building Better Medicine, has received $53 million from the federal government’s Build Back Better Regional Challenge. Those funds come in addition to $14 million in local donations and $45 million from the state.

The money will help build labs in downtown Richmond and Chesterfield County and manufacturing facilities in Petersburg. Not only will the alliance bring jobs to the area, it will boost national security, said Sen. Mark Warner, D-Va., who came to Richmond on Tuesday to celebrate the budding development.

BELTSVILLE, Md., Oct. 04, 2022 (GLOBE NEWSWIRE) -- NextCure, Inc. (Nasdaq: NXTC), a clinical-stage biopharmaceutical company committed to discovering and developing novel, first-in-class immunomedicines to treat cancer and other immune-related diseases, today announced the initiation of a Phase 1b/2 clinical trial to evaluate NC410 in combination with KEYTRUDA® (pembrolizumab), Merck’s anti-PD-1 therapy, in patients with immune checkpoint refractory or immune checkpoint naïve solid tumors. In addition, NextCure announced it has entered into a supply agreement for KEYTRUDA with Merck (known as MSD outside the United States and Canada).

NC410 is a first-in-class immunomedicine designed to block immune suppression mediated by LAIR-1, an immunomodulatory receptor expressed on T cells and dendritic cells. Under the terms of the agreement, NextCure will sponsor the study and Merck will supply KEYTRUDA. The Phase 1b/2 trial will evaluate NC410 in combination with KEYTRUDA in patients with immune checkpoint refractory colorectal, esophageal, endometrial and head and neck cancers or immune checkpoint naïve patients with colorectal and ovarian cancers. The company expects to report initial Phase 1b data in mid-2023 followed by the initiation of the Phase 2 component of the study.

Is there a recession on the horizon?

Some economists say yes — and predict it’s going to be bad — while others say the United States will avoid one altogether. Still others forecast that one will linger for a while, but be relatively shallow.

But even if the country can’t dodge what many fear will follow record levels of inflation, a panel of experts in the life sciences field said on Tuesday they’re optimistic that the Frederick County biohealth sector may be spared from the worst effects of an economic downturn.