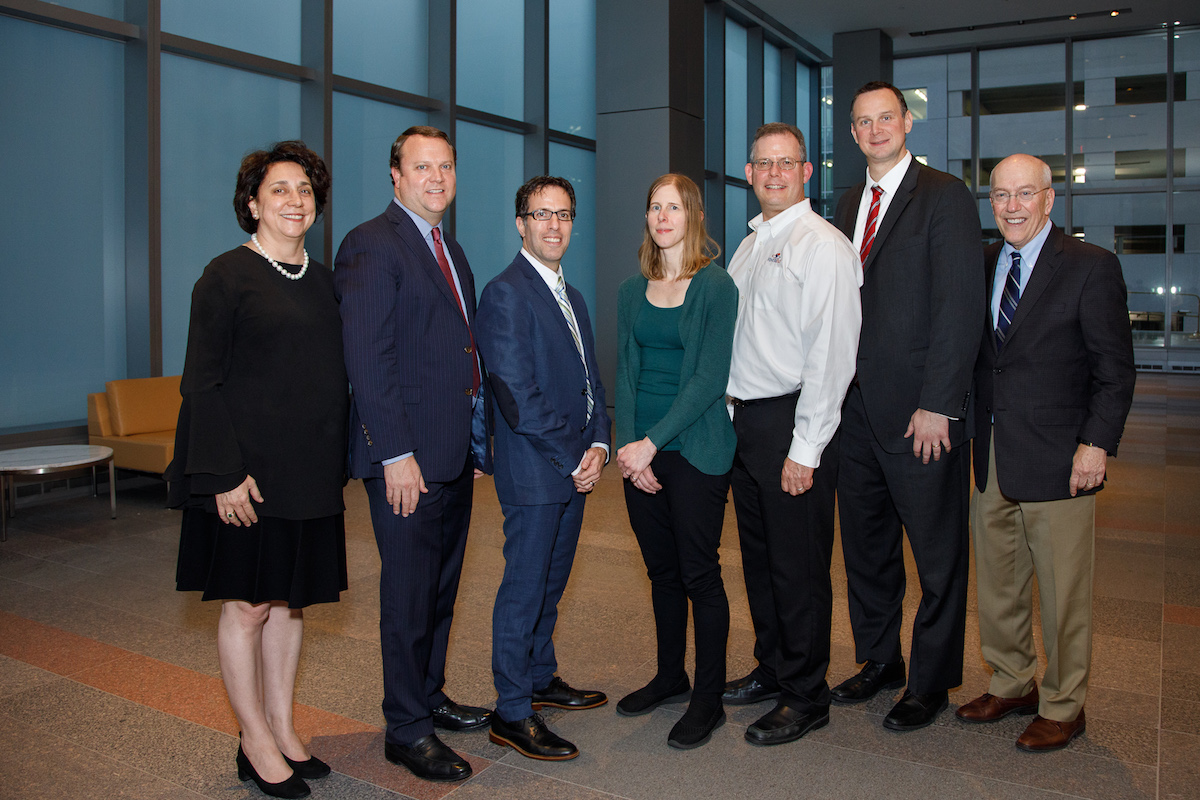 The “Make Your Medical Device Pitch for Kids!” competition this year focused on pediatric cardiovascular devices, an area where new devices can make a life-changing difference, especially for younger children. The Centers for Disease Control and Prevention estimate that 40,000 children are born annually in the U.S. with a congenital heart defect (CHD) and approximately 1 million U.S. children currently live with a CHD.

The pitch competition was originally slated to award $100,000 in grants; however, because of the judges’ response to the quality and potential of the technologies presented, Children’s National expanded the award grants to $150,000 to include six awardees.

Each of the award-winning companies received a $25,000 grant to help bring their pediatric medical device to market faster. Along with the funds, the awardees will receive advisory services from the Sheikh Zayed Institute’s innovation resource network. The winners were selected from a field of eleven finalists, with a total of 45 device submissions received from national and international innovators.  The awards were announced at the symposium’s closing reception hosted by Children’s Hospital of Philadelphia.

"We are honored to recognize these outstanding innovations and we already envision the ways they can advance care for children," said Kolaleh Eskandanian, Ph.D., vice president and chief innovation officer at Children’s National and principal investigator of the National Capital Consortium for Pediatric Device Innovation (NCC-PDI). "We are delighted to welcome these new innovative companies to our family of pediatric device startups and entrepreneurs. Together we can address critical patient needs and bring important new pediatric devices to market."

Eskandanian said that, in addition to the financial support and consultation services through Children’s National, the awardees can leverage the validation received through this highly competitive process to raise the additional capital needed for commercialization.

The following experts served on the distinguished panel of judges:

·         Matt Maltese, PhD, director of Biomechanics Research for the Department of Anesthesiology & Critical Care Medicine at Children's Hospital of Philadelphia;

The pitch competition is one of the highlights of the annual one-day symposium organized by Children’s National to bring together medical device innovators, investors, researchers, clinicians and policy makers to advance pediatric healthcare and address the unmet surgical and medical device needs of children.  The nation’s leading pediatric device symposium is a joint effort with The MedTech Conference powered by AdvaMed, the premier gathering of medtech professionals in North America.

Children’s National Health System, based in Washington, D.C., has served the nation’s children since 1870. Children’s National is one of the nation’s Top 5 pediatric hospitals and, for a second straight year, is ranked No. 1 in newborn care, as well as ranked in all specialties evaluated by U.S. News & World Report. It has been designated two times as a Magnet® hospital, a designation given to hospitals that demonstrate the highest standards of nursing and patient care delivery. This pediatric academic health system offers expert care through a convenient, community-based primary care network and specialty outpatient centers in the D.C. Metropolitan area, including the Maryland suburbs and Northern Virginia. Home to the Children’s Research Institute and the Sheikh Zayed Institute for Pediatric Surgical Innovation, Children’s National is the seventh-highest NIH-funded pediatric institution in the nation. Children’s National is recognized for its expertise and innovation in pediatric care and as a strong voice for children through advocacy at the local, regional and national levels. For more information, follow us on Facebook and Twitter.