Dr. Sally Mossman, Head of U.S. R&D for GSK Vaccines, Joins BioTalk to discuss their Rockville location, the BioHealth Capital Region, and the development of a COVID-19 Vaccine 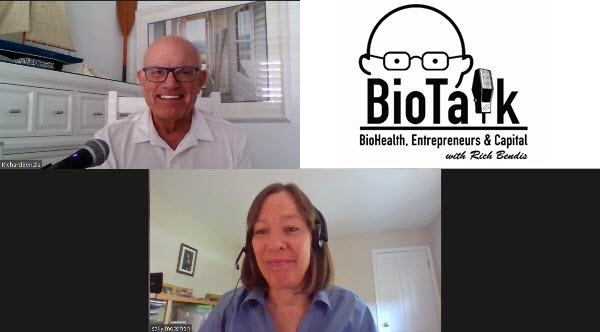 D.r Mossman obtained her Ph.D. in herpes virology from the University of Liverpool, UK. Thereafter she conducted two postdoctoral fellowships in HIV vaccine research in the USA, first at Colorado State University, Fort Collins, and then at the University of Washington, Seattle. She spent 8 years within Corixa Corporation, a biotechnology company focusing on developing novel approaches to vaccines, including adjuvants, delivery strategies, and proprietary antigen candidates for infectious disease and cancer vaccines.  She joined GlaxoSmithKline Vaccines in 2006 and spent 10 years in Rixensart Belgium in the early development of infectious disease vaccines. More recently, she relocated to Maryland as part of the founding leadership team for the USA R&D headquarters for GSK Vaccines in Rockville, where she was initially heading up the Discovery effort. She is now Head of the Rockville R&D site and oversees a portfolio of vaccine candidates at all stages of development as well as driving key vaccine technologies, including mRNA and Adenovirus platforms. 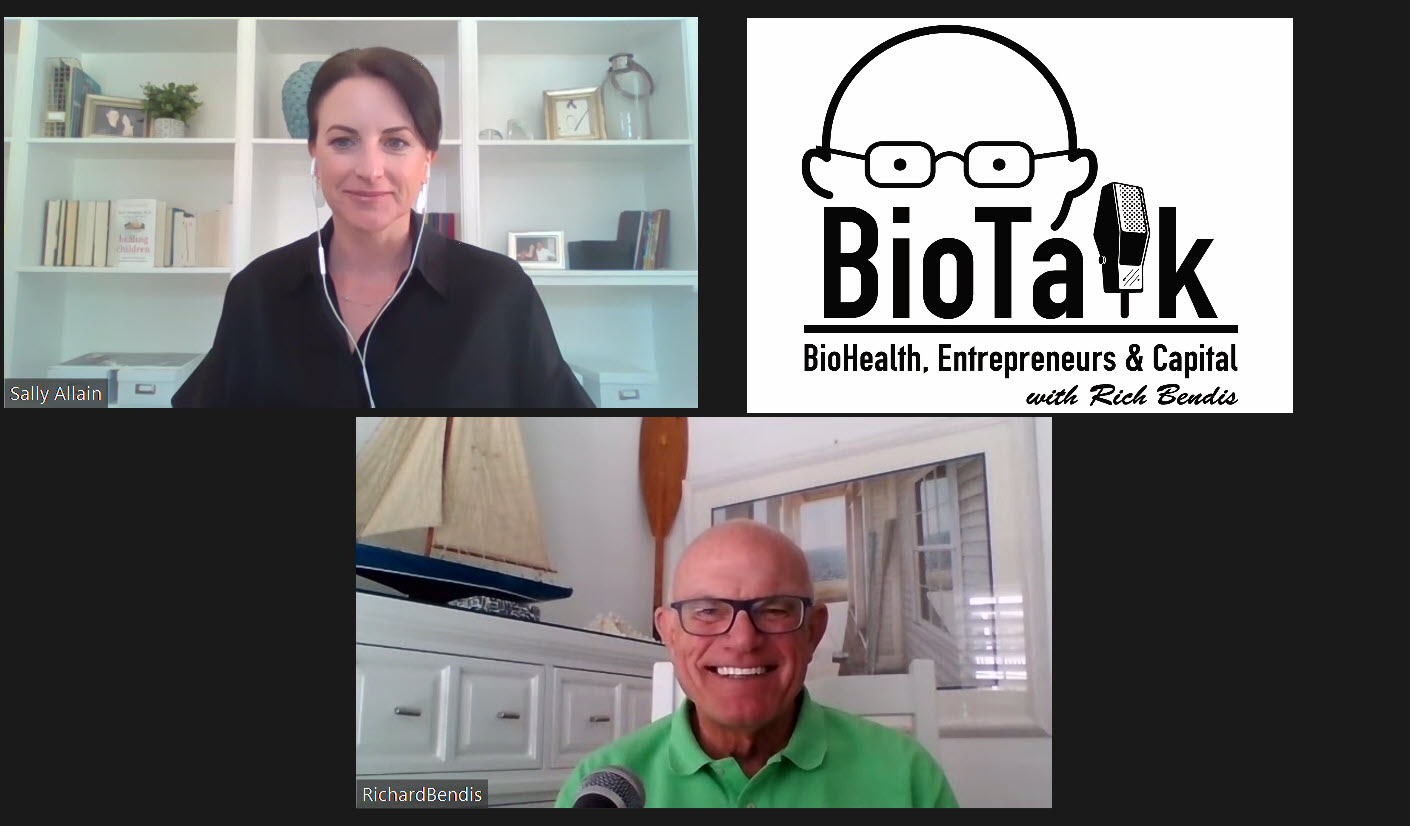 Economic Alliance of Greater Baltimore (EAGB), President and CEO, Michele L. Whelley, joins BioTalk to discuss her career, the economic development environment in Baltimore, and how to create a greater sense of partnership between perceived competing regions.

Michele L. Whelley, President & CEO, is an economic development professional who is well-known throughout the region’s business community, Whelley brings new energy and focus to marketing the region, ensuring that EAGB will continue to strengthen its marketing platform as a critical component of fostering and supporting a vibrant and growing economy throughout the Greater Baltimore region.

The BioHealth Capital Region and BioForward Wisconsin come together as Lisa Johnson joins Rich Bendis on BioTalk to discuss her career, the industry, and growing biohealth in the Midwest. 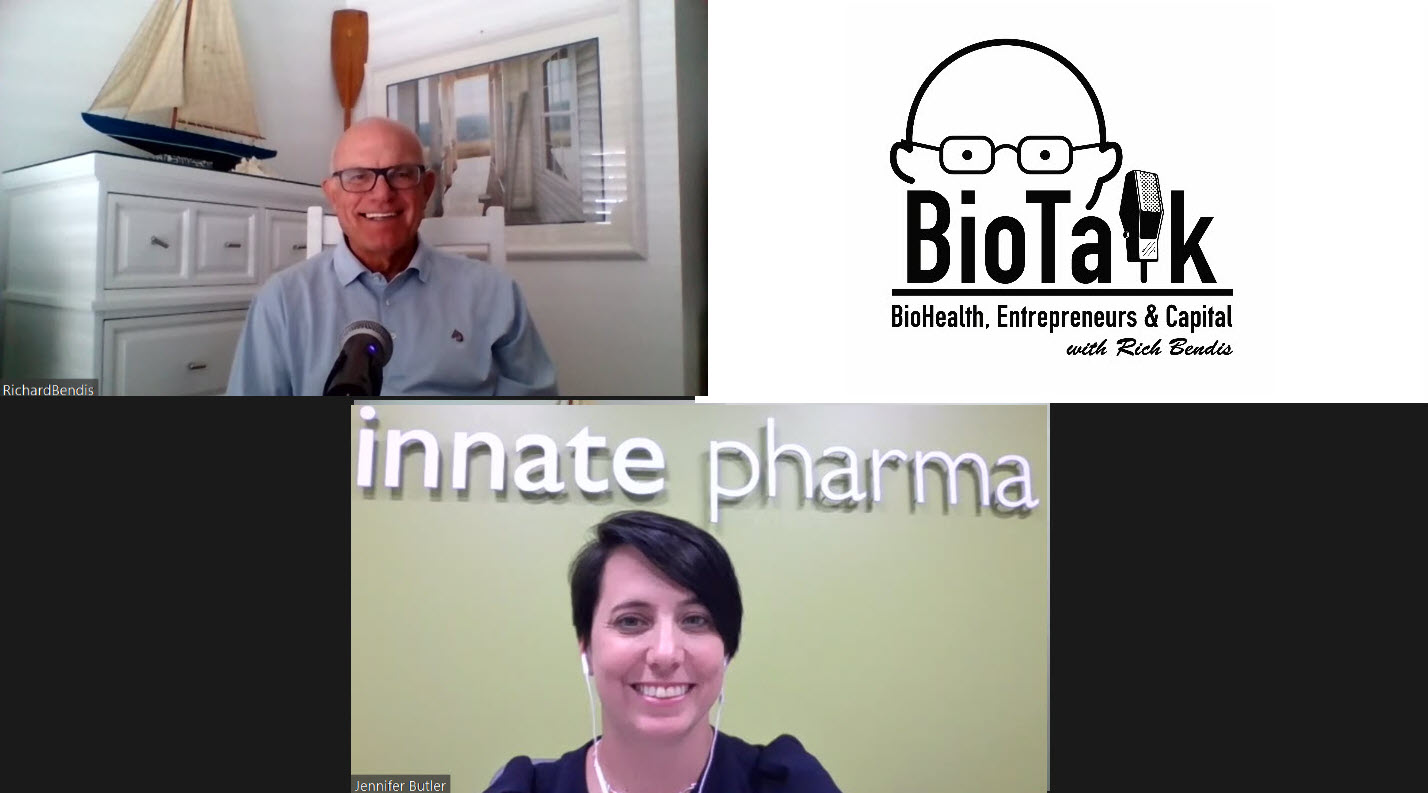 Jennifer Butler, Executive Vice President and General Manager, Innate Pharma US Inc. joins Rich Bendis on BioTalk to discuss her career, bringing Innate from France to the US, and goals.

BioFactura, Inc. Co-Founder, President & CEO, Darryl Sampey, PH.D., joins BioTalk to discuss his background with the University of Maryland, the BioHealth Capital Region, and the creation of his company in Frederick. 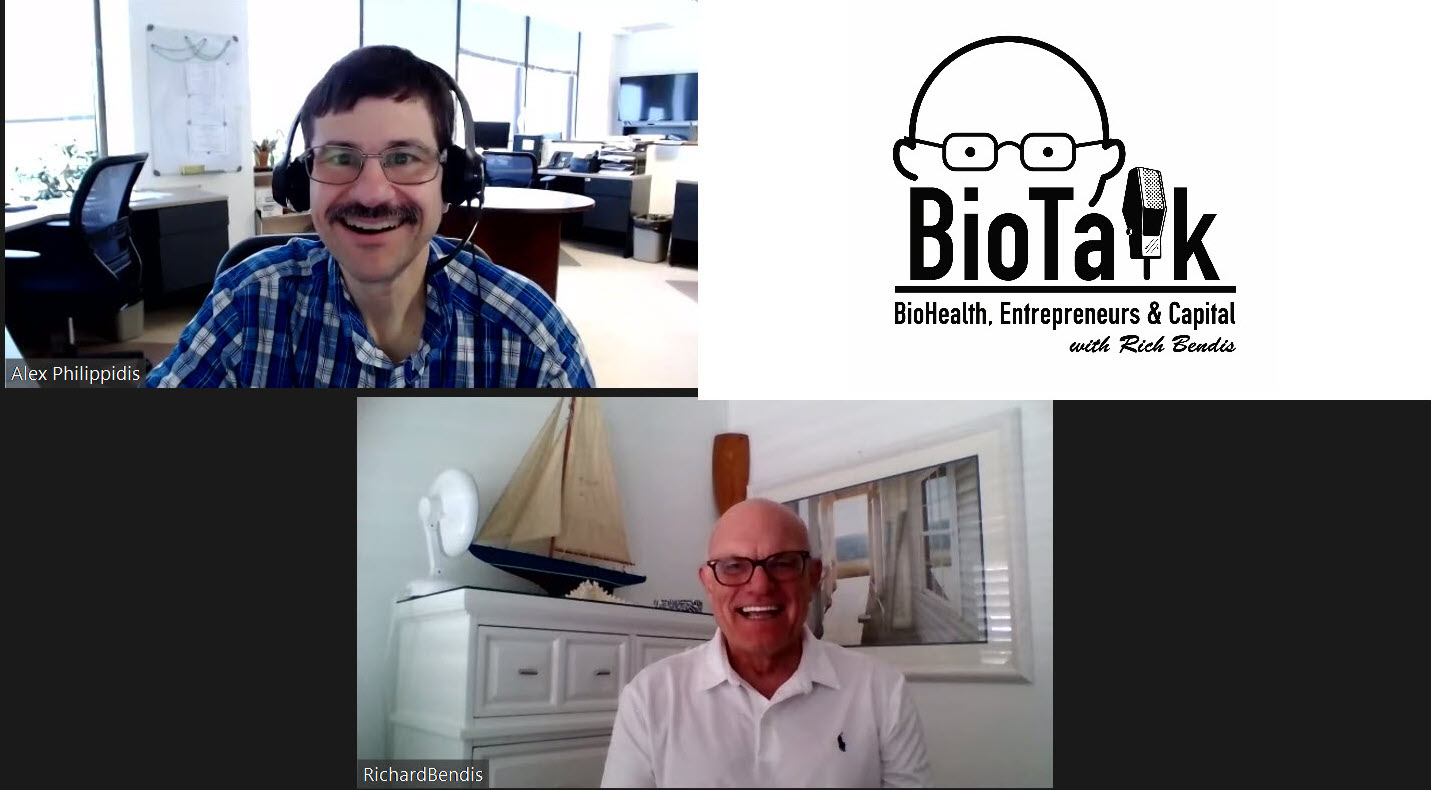 Alex Philippidis joins Rich Bendis on BioTalk to discuss the BioHealth Capital Region from a National viewpoint, other Hubs, and how the industry has adapted in the age of COVID-19.

Alex specializes in biopharma business news and industry issues for GEN. He joined GEN in 2011 after four years at GenomeWeb, where he covered research institutes and spent three years following biotech economic development as editor of the weekly newsletter BioRegion News. Alex reports a variety of news stories for GEN and Clinical OMICs and compiles the popular A-Lists series. 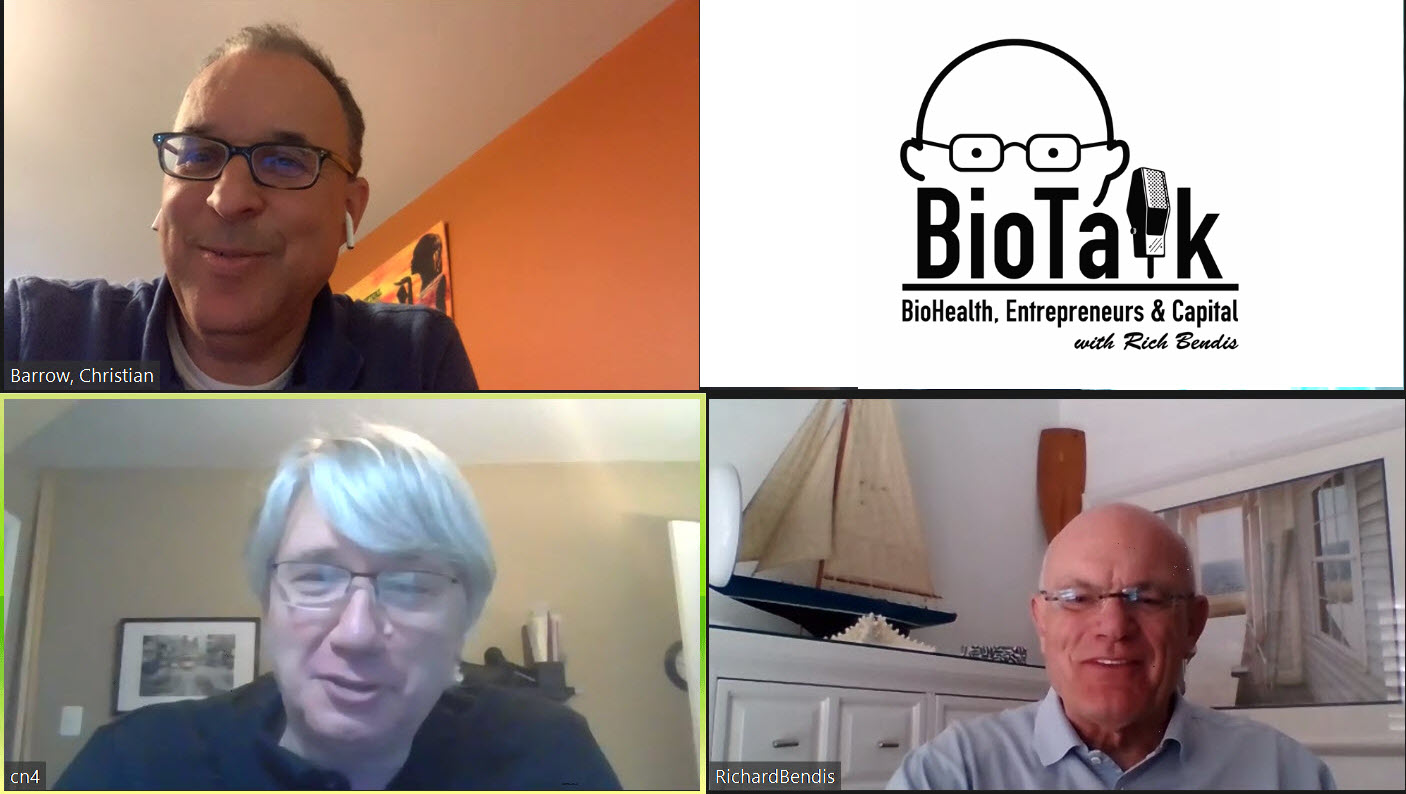 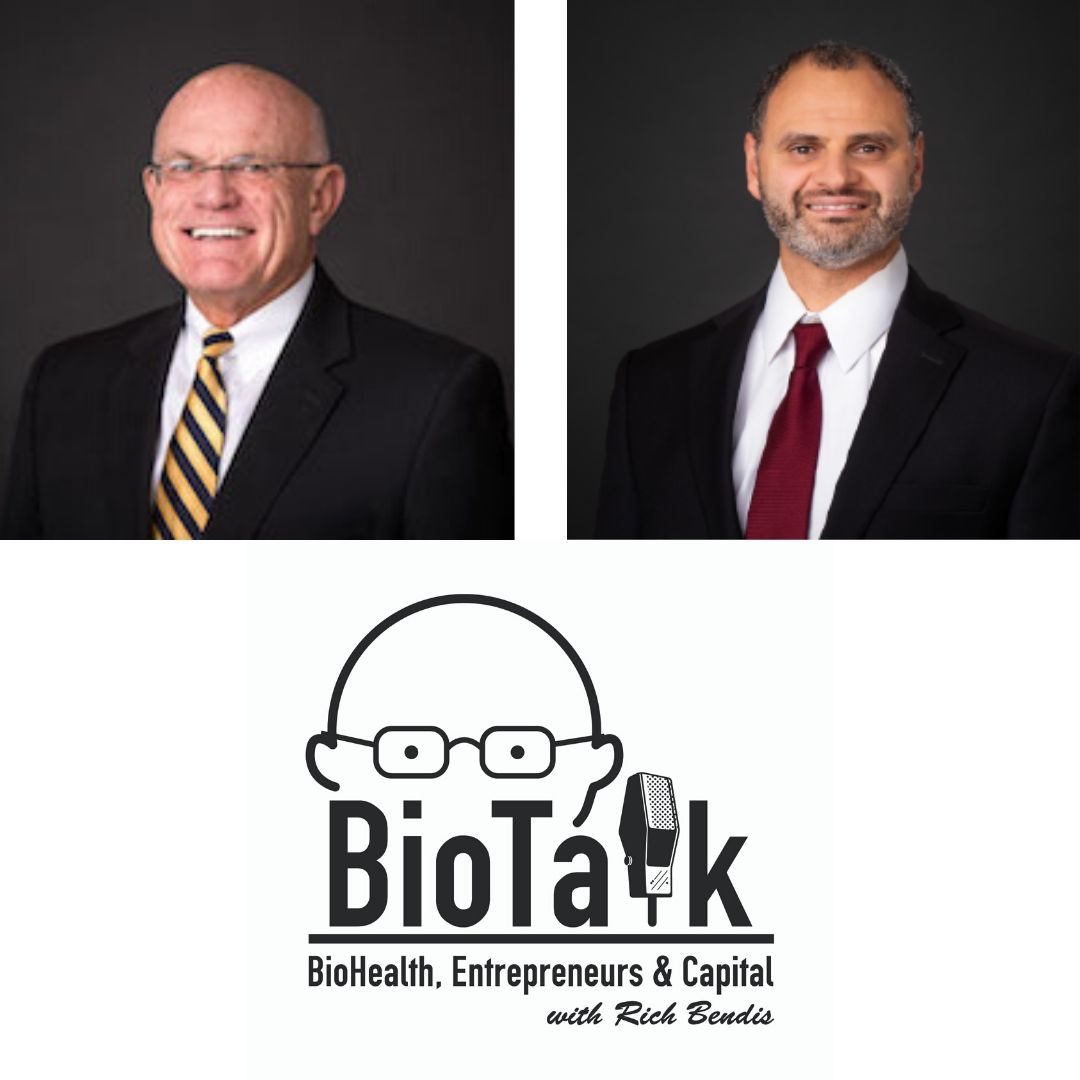 miRecule CEO Anthony D. Saleh, Ph.D. guests on BioTalk to discuss his company, his many roles in startup companies, and being an Entrepreneur in Residence with BHI 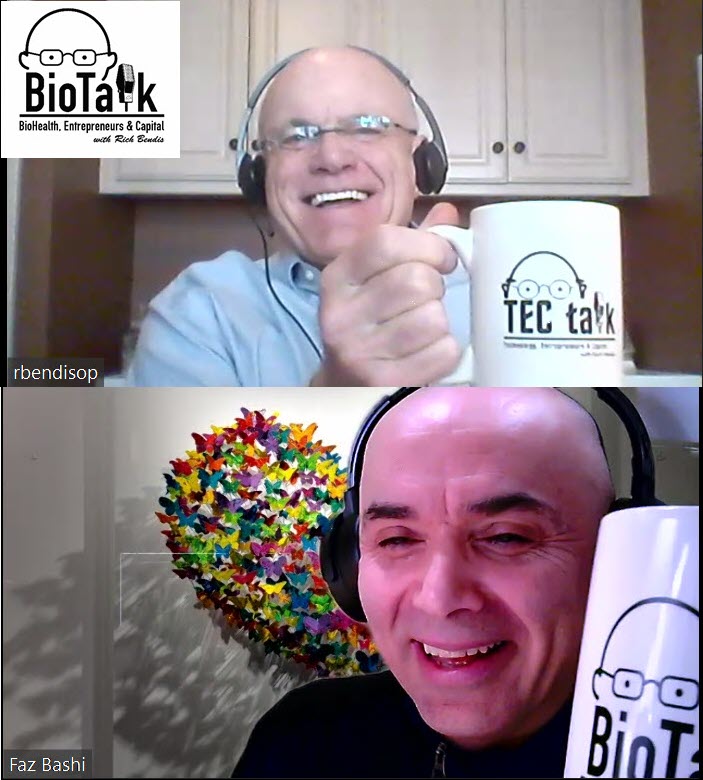 Angel Investor, Dr. Faz Bashi, M.D., joins BioTalk from the West Coast to discuss the Venture Capital, partnerships and staying connected in the age of COVID-19

Dr. Faz Bashi, M.D., has a background in Immunology and Virology from UCSF. Faz is an active member of the LSA screening committee for Biotechnology and Pharmaceuticals as well as the Medical Device + Digital Health Screening Committee. He is the Emeritus Board member of the Angel Capital Association (ACA), and Chair of the ACA’s Life Sciences Syndication Group, and Affiliate Partner at Boston Millennia Partners and Lead Venture Investor at Portfolia's FemTech Fund

He joins BioTalk host Rich Bendis to discuss their recent successes in funding, research, and their growth in the BioHealth Capital Region

Dr. William Hearl is the founder of Immunomic Therapeutics, Inc. and is an experienced and successful life science businessman and entrepreneur. Dr. Hearl is adept at brokering mutually beneficial partnerships and identifying non-traditional collaborations and investment opportunities.

The advent of the commercial development of LAMP technology came from discussions between Dr. Hearl and Dr. Tom August at Johns Hopkins University. Based on their mutual vision of the value of LAMP, ITI emerged and began operations in 2006. Dr. Hearl’s extensive experience in intellectual property management and business development led to the reward of a sub-license of the LAMP technology to Geron Corporation within 30 days of initiating operations and subsequent license agreements, valued at over $300 million, in 2015 with Japan-based Astellas for next generation allergy vaccines based on the LAMP platform. 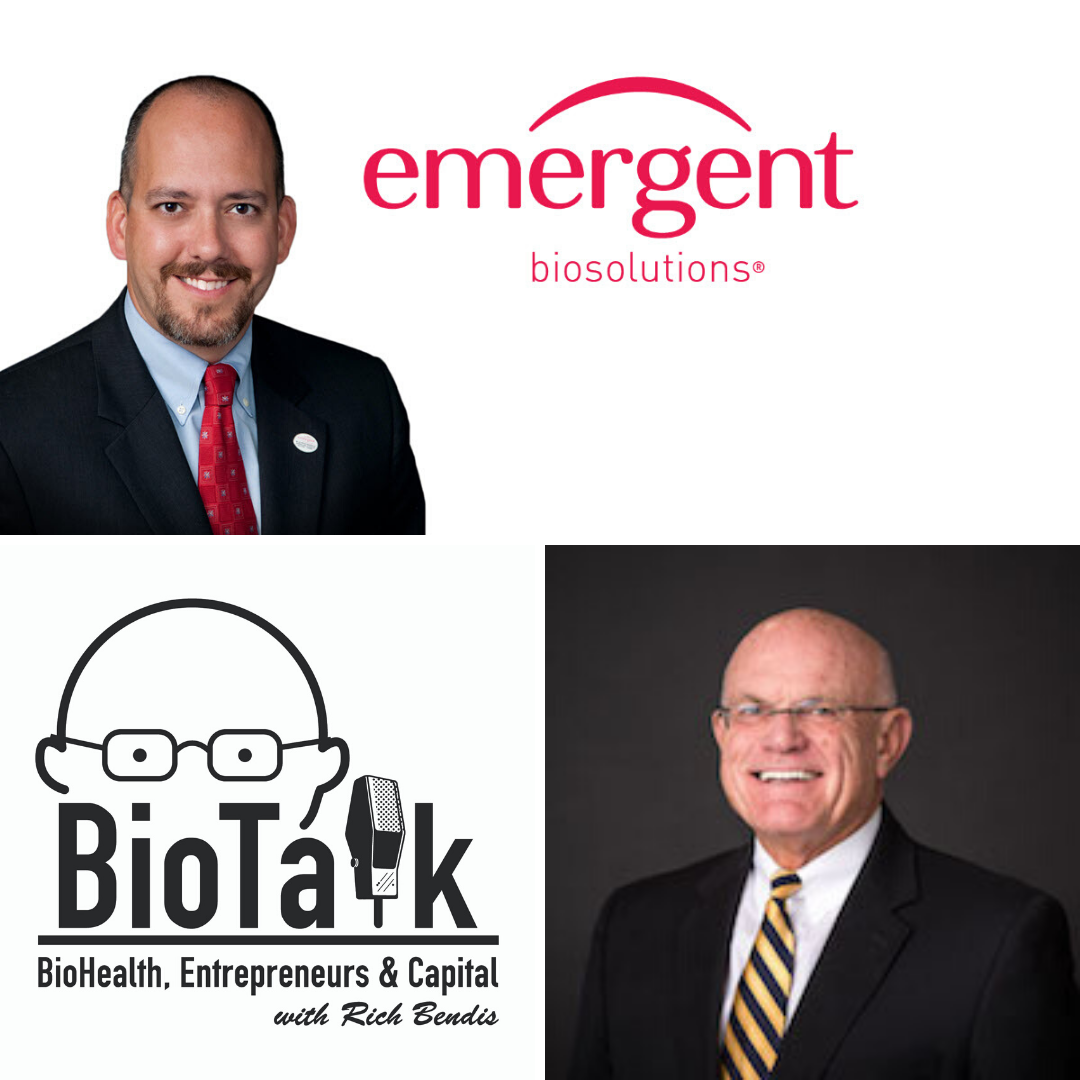 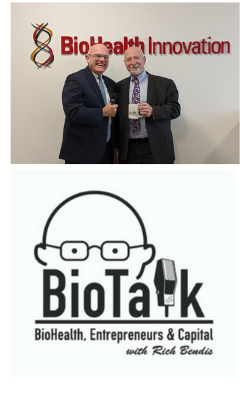 Executive Director of the Universities at Shady Grove, Stewart L. Edelstein, Ph.D., joins BioTalk to discuss his career, USG, and its role in the BioHealth Capital Region

Dr. Stewart Edelstein joined the Universities at Shady Grove (USG) as Executive Director in 2002 and in 2007 was named to the dual title of Associate Vice Chancellor for Academic Affairs for the University System of Maryland (USM).

USG is a regional campus of USM that offers both undergraduate and graduate degree programs from nine partner universities. During Dr. Edelstein’s tenure, USG expanded its number of participating universities, as well as the breadth and depth of its academic programs, and enrollment has grown significantly, to more than 3,000 students. The campus’s capacity for future enrollment growth has doubled with the recent opening of a new Biomedical Sciences and Engineering Education Facility, which is expanding degree and certification offerings in healthcare, engineering, biosciences, computer science and other areas. 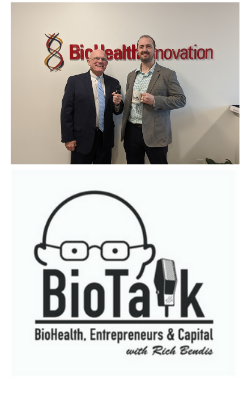 Chris is the Founder and CEO of Workforce Genetics, LLC (WGx), and BioBuzz Media to foster highly engaging experiences that connect people and companies across biohealth ecosystems. His insights into talent attraction, employer branding, and marketing have helped top companies to tackle their most pressing challenges in the new talent economy. Previously as Vice President at Breezio, a leading innovator in cloud-based online communities, he lead the development of the new Internship Network of Maryland (inMD) platform that was approved by Gov. Hogan in 2017. As Vice President of Tech USA’s Scientific Division Chris founded and ran a national staffing division operating at $23M annually when he left in 2015. Chris is passionate about impacting others, especially his family and his team, and helping to foster a strong community within the BioHealth Capital Region. He is a Maryland native and a graduate of Towson University. Learn more at https://www.workforcegenetics.com/ and http://biobuzz.io/