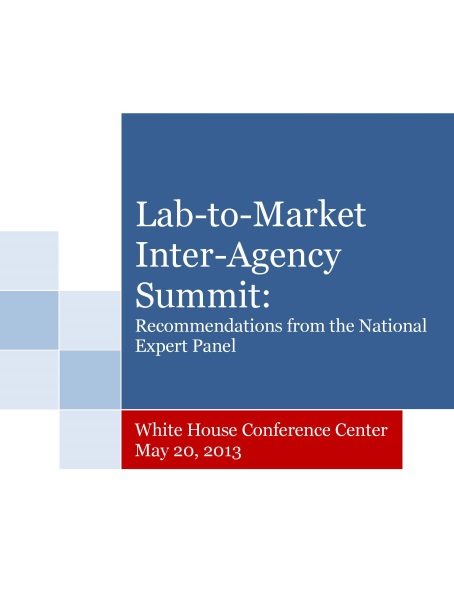 BHI CEO Rich Bendis recently served as an expert panelist contributing to a special report from the "White House Lab-to-Market Inter-Agency Summit." Panelists examined the U.S. federal government's investment in drug R&D and the resulting private sector commercialization. According to the Summit report:

Federal research has done exceedingly well at accomplishing its original intent, which is to increase human knowledge, meet mission needs, and undertake high-risk research of long-term importance to the U.S. economy that is beyond the reach of the private sector. But commercialization of resulting discoveries from agency research has largely been an after-thought, despite clear Congressional and Presidential intent expressed through a series of legislative mandates and Executive Orders. While research to meet agency missions is critical, the members of the Panel believe that if the U.S. is to remain globally competitive in the 21st century, it must accelerate the translation of federally-funded R&D into commercial outcomes that create economic and public value, thus maximizing the return on the public dollars invested.

Read more at:
Increasing the Impact of Federally-Funded R&D