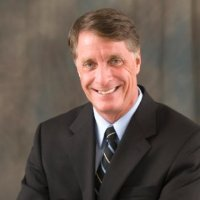 But Maryland has something New Mexico doesn’t — proximity to Washington, D.C.

So we have the nation’s second strongest research concentration next to our country’s most important center of power. We are home to the world’s largest biomedical institution, leading research universities, the nation’s center for cyber security, and emerging technology clusters in environmental, energy, autonomous systems, aerospace, language science and food safety research. Our collective strengths should attract the attention of corporations, foundation and others.

Unfortunately, we aren’t well organized statewide to take advantage of these strengths. For example, Research Triangle’s Duke University and North Carolina State University are about the same distance apart as Johns Hopkins University and the University of Maryland, College Park. And based on NSF data, Maryland’s research concentration exceeds North Carolina’s by 3 to 1.

While we view Baltimore and College Park as separate jurisdictions, the Tar Heel State has successfully marketed Research Triangle as a world center of research. Too often we focus on the political boundaries that separate us, while not concentrating on the technological resources that can bind us. We have the steak, but not the sizzle.

That’s why an initiative by Maryland Senate President Thomas V. Mike Miller and state House Speaker Michael Busch to create a $100 million university/corporate matching fund to leverage our research assets statewide and create endowed scholar positions holds such promise. This fund will help attract and retain some of the world’s best academic talent to Maryland, focusing on use inspired research to create jobs and technology.

The bill also requires funded research positions to collaborate with another university in the state, or with a federal lab. Many federal labs, including Pax River, Aberdeen and Ft. Detrick are not adjacent to major research universities, so this will be a way to provide statewide leveraging of research assets.

Gov. Martin O’Malley has done much to improve the climate for early stage financing by funding TEDCO’s Maryland Innovation Initiative and recapitalizing the Maryland Venture Fund with $84 million. The University System of Maryland and Johns Hopkins University have reformed policies and beefed up tech transfer offices. Emerging tech support organizations such as BioHealth Initiative and Betamore are complementing technology associations such as the Maryland Tech Council, Greater Baltimore Tech Council and others.

By now focusing on the world’s most precious asset, human capital, the new $100 million fund will provide Maryland with research talent from around the world, encouraging state wide collaboration and positioning Maryland as a leading center of research and entrepreneurship.

Brian Darmody, associate vice president for corporate and foundation relations at the University of Maryland and a member of the Maryland Venture Authority, can be reached at This email address is being protected from spambots. You need JavaScript enabled to view it..