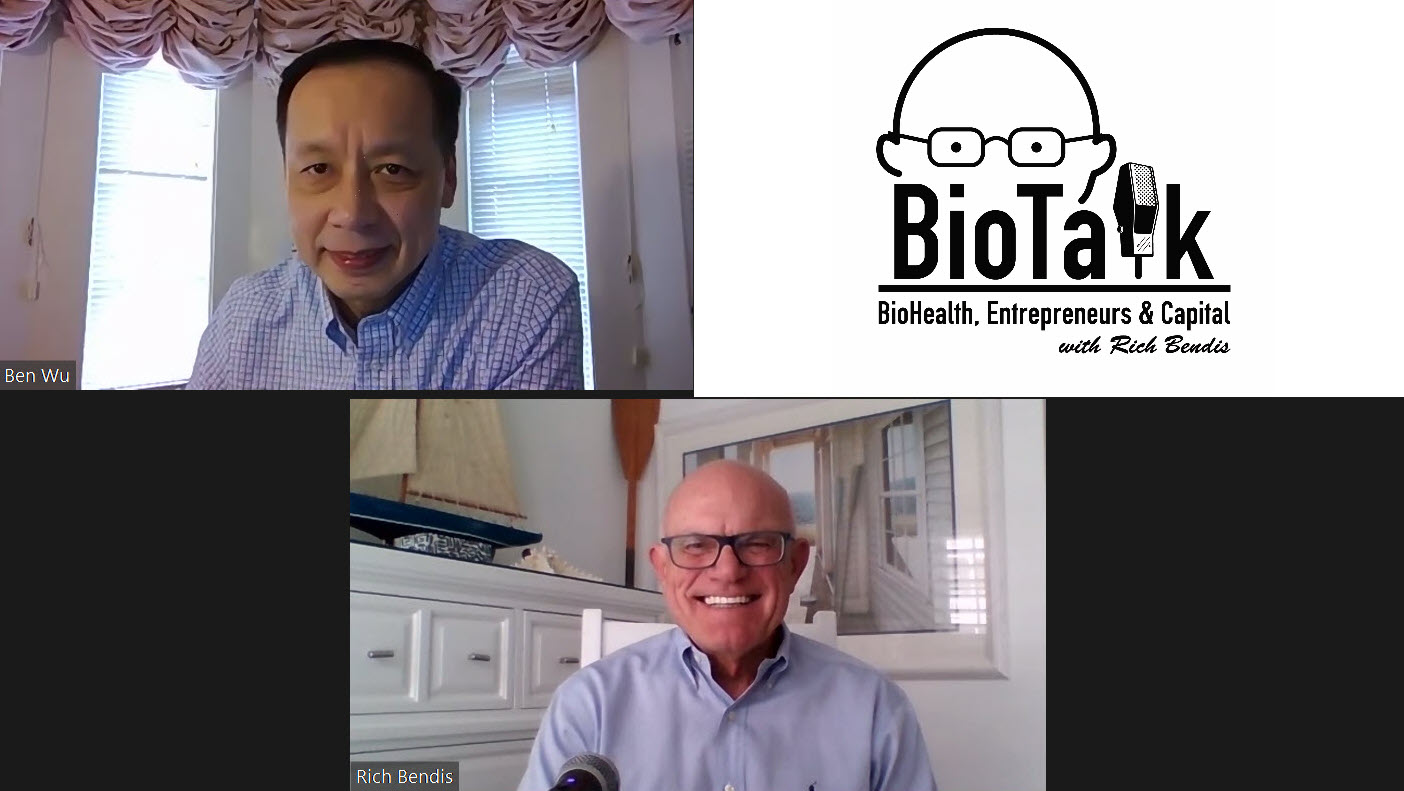 As the President and Chief Executive Officer of MCEDC, Ben Wu leads the public-private economic development of Maryland’s largest jurisdiction which comprises 25% of the state’s economy with a GDP greater than 13 states. A Montgomery County native, Ben is an accomplished executive with over three decades of professional experience leading operations at the highest levels of our nation and state.

An internationally recognized technology policy expert, Ben brings to MCEDC a dynamic portfolio of working to promote economic competitiveness. He has a distinguished career focused on technology-led economic growth, as well as a proven record of driving transformative initiatives and creating partnership alliances with industry, government, and academia.

Ben comes to MCEDC looking to bolster collaborations with state and national partners while working with local and regional stakeholders to strengthen Montgomery County’s economy, grow jobs, and support business expansion. He is positioning MCEDC to help lead the change in the County’s economic ecosystem and competitiveness strategies.

Previously, Ben played a leadership role in the significant reforms to Maryland’s economic development structure and business friendliness that delivered record growth and the state’s lowest unemployment rate in over a decade. Under Governor Larry Hogan, Ben served as the Commerce Deputy Secretary and Chief Operating Officer. He helped forward the Governor’s economic agenda, championed the Maryland Open for Business campaign, and led the creation of the Department of Commerce. He worked with the General Assembly and key stakeholders to execute a bold economic development strategic plan that focused on operational excellence through exceptional customer service, a more competitive business climate, advancement of innovation and entrepreneurship, and expansion of international trade.

Ben is a former U.S. Deputy Under Secretary of Commerce and U.S. Assistant Secretary of Commerce for Technology Policy under President George W. Bush. He administered the nation’s technology and innovation strategy and exercised supervisory management over the National Institute of Standards and Technology, the nation’s oldest federal laboratory. Ben also served as the Co-Chair of the National Science and Technology Council Committee on Technology, which led interagency coordination on national priorities with federal laboratories including the National Institutes of Health and regulatory agencies such as the Food and Drug Administration.

Prior to joining the executive branch, Ben worked in the U.S. Congress, serving as counsel for 13 years to Montgomery County Congresswoman Connie Morella and the Technology Subcommittee of the House Science Committee, which she chaired, overseeing the nation’s technology development and international competitiveness.

Ben is active on the board of multiple national and local Montgomery County organizations, including as a director for the Make-a-Wish Mid-Atlantic Chapter, the Strathmore Foundation, and the Universities of Shady Grove. He is a past Trustee of Montgomery College and a graduate of Leadership Montgomery.