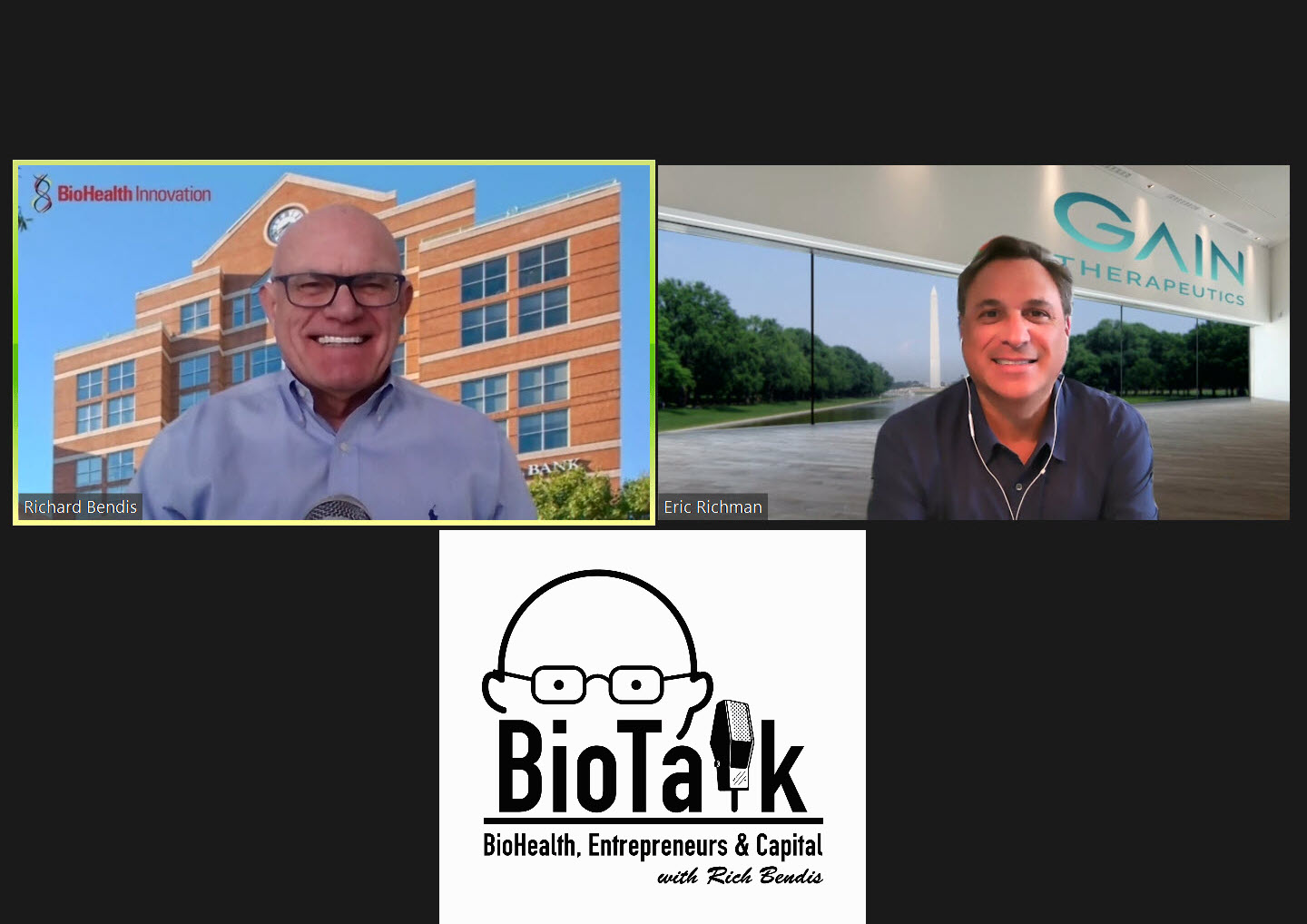 Gain Therapeutics CEO Eric Richman joins BioTalk to Discuss His Career, Redefining Drug Discovery, and Ventures in the BioHealth Capital Region and Beyond.

Eric I. Richman began his career in venture capital at HealthCare Ventures and most recently was venture partner at Brace Pharma Capital, a life science venture capital firm. He also serves as an advisor to Broad Oak Capital, a life science private equity firm and as a Venture Partner at Allele Capital. Mr. Richman has also previously served as chief executive officer of Tyrogenex and PharmAthene, subsequently acquired by Altimmune. Prior to PharmAthene, Mr. Richman held various commercial and strategic positions at MedImmune over a 12-year period from its inception. He has previously served as a director of Adma Biologics, Zyversa Therapeutics, and LEV Pharma, which was acquired by Viropharma, among others private and public companies. Mr. Richman received a B.S. in Biomedical Science from the Sophie Davis School of Biomedical Education (CUNY Medical School) and an MBA from the American Graduate School of International Management.