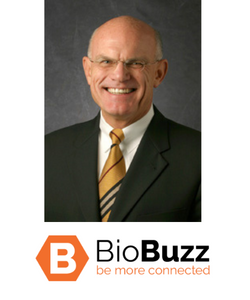 BioHealth Innovation’s lofty goal of the BioHealth Capital Region (BHCR) achievement of “Top 3 by 2023” is not likely to be reached this year due to inflation and uncertain economic conditions.

That’s the assessment of Rich Bendis, President and Chief Executive Officer of BHI, who has championed the region’s transition into a top four biopharma hub in the United States. However, given the state of the economy and the amount of money being invested, Bendis said it is unrealistic to expect the region to move up the ranking of the top 10 life sciences regions compiled by Genetic Engineering & Biotechnology News (GEN).

Bendis said the BioHealth Capital Region has all but two of the tools to become a top three hub, But, he said, what’s lacking are sizeable investments from venture capital and available jobs.

“We’ve exceeded many other areas identified by Genetic Engineering & Biotechnology News,” Bendis said, referring to the criteria used by that publication to create its GEN Top 10 Biopharma Clusters ranking. The ranking criteria include factors like funding from the National Institutes of Health, available wet lab space, and patent strength protecting intellectual property.

There have been shortages of available wet lab space across the country, but Bendis noted a more aggressive expansion of speculative wet lab space in the region. That’s something that will benefit the BHCR in the long run, he said.

The BioHealth Capital Region BHCR has held the fourth-place position in the GEN 10 ranks for the past several years. The top three spots are held by Boston, San Francisco, and the New York/ New Jersey areas. The BHCR was poised to move past New York/ New Jersey with increased venture capital funding and higher employment opportunities.