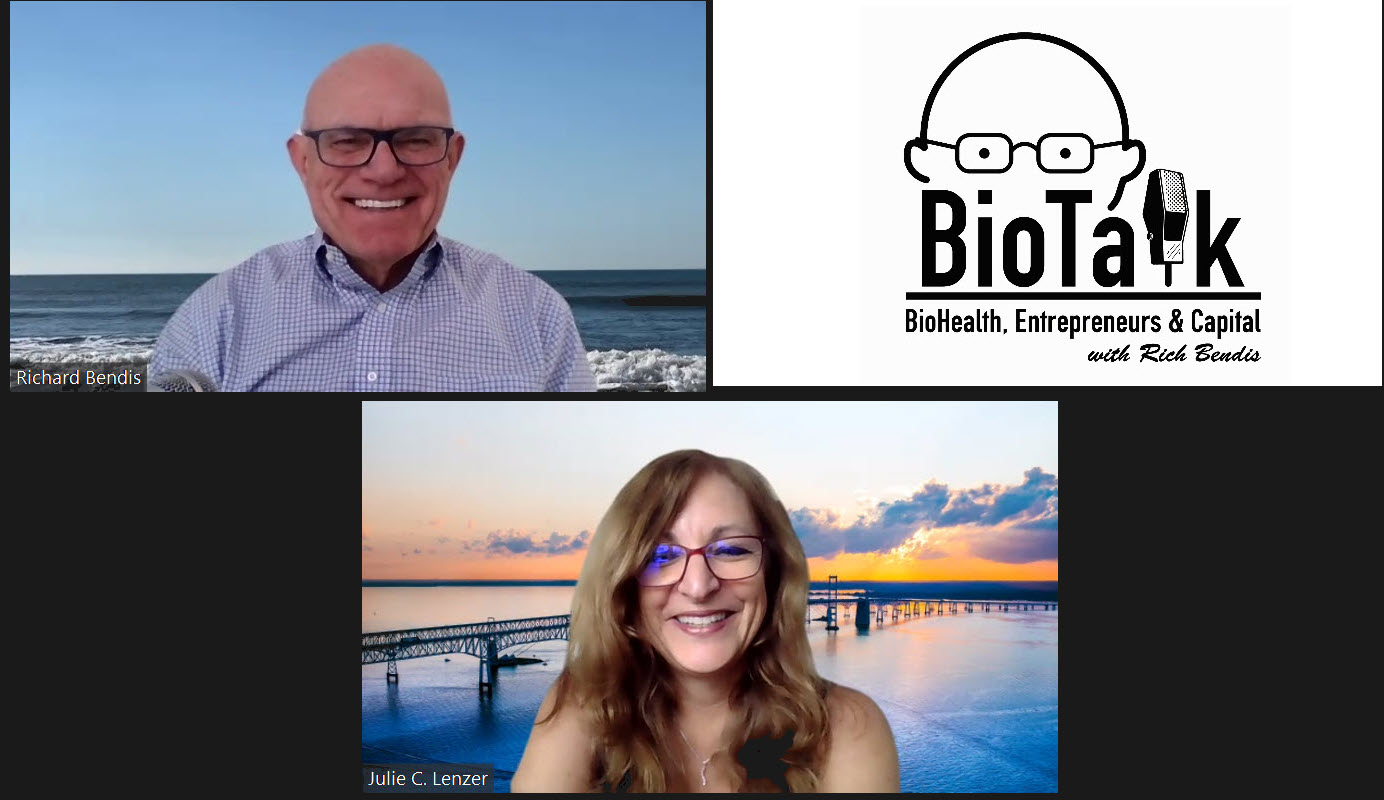 Julie Lenzer is the Chief Innovation Officer at the University of Maryland and Acting Director for the newly-launched Quantum Startup Foundry. In these roles, she is charged with fostering and deploying innovation to drive economic and social impact from both university-affiliated and community based innovators. She currently oversees UM Ventures, the university’s tech transfer office, the Maryland Small Business Development Center (SBDC), the Maryland International Incubator (MI2), the Mixed/Augmented/Virtual Reality Innovation Center (MAVRIC), as well as university engagement with the Discovery District (UMD’s 150 acre research park). An active angel investor, she is also on the investment committee of the $10M Maryland Momentum Fund.

She was appointed by the governor of Maryland in 2016 to the Maryland Economic Development Commission, where she advises the Maryland Secretary of Commerce on economic development policies and programs. In 2017, she joined the national board of the Center for American Entrepreneurship, which recommends policies that support entrepreneurship at the federal, state, and local levels. She is also active on the board of the Girls Scouts of Central Maryland, specifically supporting their first-ever capital campaign and leading the development of the business plan for their “camp of the future” as the board’s treasurer.

Prior to joining the University, Julie was appointed to lead the Office of Innovation and Entrepreneurship (OIE) within the U.S. Department of Commerce. In her capacity as Director of the OIE, she drove programs and policies that support innovative economic development such as innovation-based entrepreneurship and regional innovation clusters. She created the Regional Innovation Strategies program (now called Build to Scale) and led the deployment $40M in grants across the U.S. over her 2 ½-year tenure, resulting in over 14,000 new jobs and $1.6B in capital raised. The program has continued to draw bi-partisan congressional support and receive increased appropriations since its inception, totaling $100M deployed to date. As a Senior Advisor to the Secretary of Commerce, she led the National Advisory Council on Innovation and Entrepreneurship (NACIE). In 2016 she was also tapped to represent the U.S. as the innovation lead at the G20 in China and facilitate a session on ecosystem building at the World Economic Forum in Tianjin, China.

Prior to her political appointment, Julie was the Executive Director of the Maryland Center for Entrepreneurship (MCE), an initiative of the Howard County Economic Development Authority focused on igniting the entrepreneurial culture and bringing together the entrepreneurial ecosystem across the state. During her tenure, the MCE quadrupled its client base and saw the creation of new programs such as 3D Maryland, a leadership initiative connecting resources in additive manufacturing; the Conscious Venture Lab, an accelerator focused on Conscious Capitalism; and a technology transfer accelerator in partnership with Johns Hopkins Advanced Physics Lab and other leading research institutions. Ms. Lenzer was also the co-chair of Startup Maryland as well as co-founder and former CEO of the Path Forward Center for Innovation and Entrepreneurship, a nonprofit that helped women expand economic opportunity by starting and building growth-oriented businesses using technology transfer.

An award winning serial entrepreneur, Julie founded her first company, Applied Creative Technologies, Inc. (ACT), in 1995 as an IT solutions firm focusing on manufacturing operations and inventory control. With Fortune 500 clients, she grew the company to multi-millions in revenues, winning several national awards for workplace excellence. Through her 10-year leadership, ACT developed and commercialized ACTrax , a leading-edge production and warehouse management system, for which she negotiated the sale in 2005.

A sought-after keynote speaker on topics such as leadership, innovation, and entrepreneurship, Julie has delivered keynotes and workshops across 4 continents. Her op-ed, “Everyone can have a trophy, or how to make the most of NOT getting Amazon HQ2” was published in the USA Today and previously, had been quoted as an expert in media brands such as Entrepreneur, Inc., Fast Company and Forbes as well as the NY Times, Chicago Tribune, Baltimore Sun, The Guardian and the Boston Globe.

Julie was recognized through Washington Business Journal’s 25 Women Who Mean Business in 2019, as a 2014 Influential Marylander, 2013 Trailblazer in Technology, and as AT&T's Innovator of the Year in 2011. She received designation for Excellence in Leadership in 2017 by Prince George’s County, a SmartCEO's BRAVA award winner in 2014, and was the 2004 Athena winner. She was also named to Maryland's Top 100 Women 2005, 2008 and 2014 at which time she joined the Circle of Excellence for sustained service to the community. She can be reached on Twitter via @ChiefMuse.